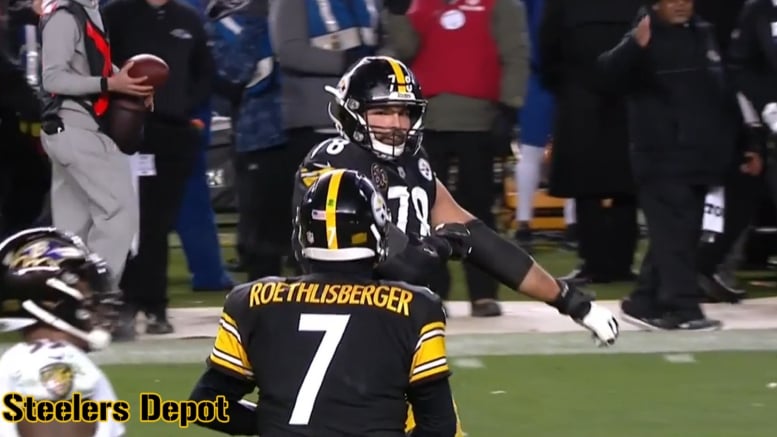 You can learn a lot from repetition, and from competition. That is exactly why the Pittsburgh Steelers sicced Antonio Brown on Artie Burns a year ago when they drafted the junior cornerback in the first round. They wanted Burns to take his lumps and see him come out on the other side better for it. And he has.

And so have many others. One of them is Alejandro Villanueva, who, according to his quarterback, really credits former Steelers outside linebacker James Harrison for helping him to develop his game during the early portions of his tenure with the team while he was trying to learn the tackle position at the professional level.

Ben Roethlisberger, who has frequently been vocal about his support for some of his teammates of greater longevity as their careers winded down, such as Max Starks and Brett Keisel, talked about the release of Harrison yesterday during his radio spot, calling the move shocking.

“I’ve played with that guy for a long time”, he said, as transcribed by Lauren Kirschman. “He’s one of the best that I’ve ever played with. Great teammate. So, it was shocking. I was a little surprised”. It is yet to be seen if he will don a #92 jersey in practice, though given that he is still in the league, I imagine that might be frowned upon.

The more interesting tidbit from the interview, however, was the information that he relayed regarding his left tackle, Villanueva, who first came to the team via the Eagles as a defensive end. The Steelers signed him to their practice squad after he didn’t make Philadelphia’s roster and they moved him to tackle.

Harrison was re-signed later that year in 2014, and in 2015 as Villanueva made the roster, he no doubt spent many afternoons working against the veteran in practice. “I know Al will forever give a lot of credit for helping him to become the tackle that he is”, Roethlisberger said during the interview.

“He talks about his moves”. While he hastened to add that he doesn’t want to try to speak for his teammate and put words in his mouth, Roethlisberger added, “I’m pretty sure I’ve heard him say that James might be the best guy he’s ever gone against and really just kind of helped him improve and learn from things”.

Of course, given that Villanueva was in an embryonic stage of his development at the time, it would be natural that whoever he worked against the most would likely be the most influential to his development. And the other option was Jarvis Jones.

Villanueva was also highly complimentary of rookie T.J. Watt this summer, calling him “annoying” to play against, which is high praise for a pass rusher. Such is life in the National Football League, though. Will the left tackle get to face off against Harrison in a game during the postseason, now that he is in New England?