The Pittsburgh Steelers will play their Week 10 game on the road and against the Indianapolis Colts and a win will result in them remaining the top seed in the AFC. There are quite a few other entertaining games taking place on Sunday so with that, here is your fan rooting interest guide for Week 10 in addition to the AFC seeding picture entering today’s games.

Let’s face it, the Titans are more of a threat to the Steelers at this point of the season than the Bengals are. The Steelers would need to lose three games during the second half of the season for Cincinnati to have a prayer. Additionally, the Steelers still have to play the Bengals once more in a few more weeks. The Titans, who will play the Steelers Thursday night, are perhaps the bigger threat of the two teams and especially when it comes to seeding in the AFC. Personally, I will be pulling for the Titans to lose to the Bengals Sunday afternoon and you probably should as well.

That Jaguars defense is starting to really scare me. While the Jaguars are currently one game behind the Steelers in the AFC with a 5-3 record, they own tie-breakers over Pittsburgh due to their Week 5 road win. In short, it would be nice to see the Steelers get a little separation from the Jaguars in Week 10. The Jaguars only have two tough games remaining on their schedule after this weekend as well.

At 5-3, the Bills are currently just one game behind the Steelers in the AFC standings. They will host the high-flying Saints Sunday afternoon and that game figures to be an entertaining one. Sure, the Bills might be one game behind the Steelers in AFC seeding, but with that said, they are probably the only team in the AFC East with a chance of dethroning the New England Patriots. Remember, the Bills still have two games against the Patriots remaining on their schedule. Trust me, root for the Bills against the Saints.

Sunday will end with the Broncos hosting the Patriots and I probably don’t need to remind you which about team to root for in this game. The Broncos defense has given the Patriots offense a few fits in the past and they’ll need to do just that Sunday night in order for Denver to win the game. As you can probably imagine, the Patriots are 7-point road favorites heading into their Sunday night road game so in essence we’ll all be hoping that Broncos quarterback Brock Osweiler can pull off a minor miracle. Stranger things have happened on Sundays, however, right? 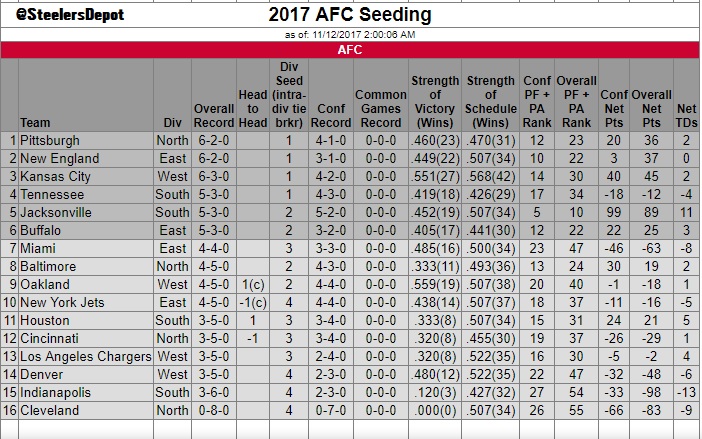