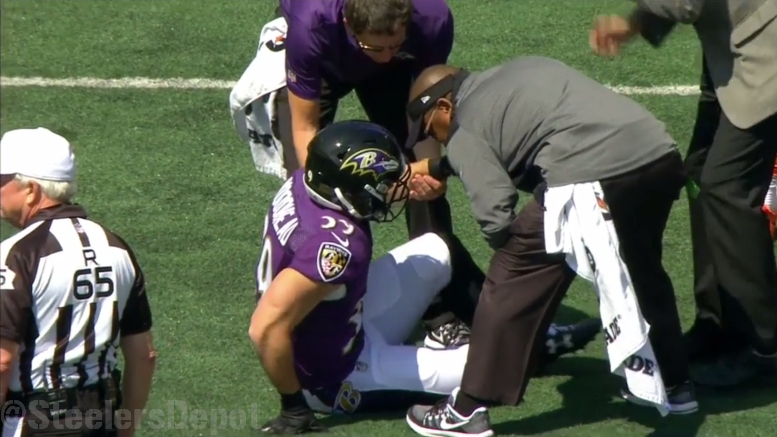 While the Baltimore Ravens have been plagued with injuries this season, one that hasn’t been talked much about was the hamstring injury suffered by running back Danny Woodhead during the season opener. Considering that he occurred in the first drive of his first game with the team, it could be easy to lose track of.

But the Ravens are excited about his return, having been officially activated from injured reserve over the weekend, though the team has not said with 100 percent certainty that he would play today. The offense has been largely patchwork in many areas, but especially at the running back position, for the entire season.

Not that Woodhead is, or ever has been, an every-down player. The former undrafted free agent has long been more of a third-down back over the course of his career, and he has only had at least 100 rushing attempts in a season just one time since 2009.

The 32-year-old went down toward the end of the Ravens’ opening drive of the season, but prior to that point, he carried the ball once for four yards, and caught three passes for 33, all three receptions going for first downs. That is what they were hoping for when they signed him.

On the wrong side of 30, and coming off a hamstring injury, however, one wonders how effective Woodhead can be for the Ravens. He only averaged 5.8 yards per reception on 35 catches a year ago for the Chargers, though of course he was limited to just two games.

Which is, of course, the other thing. Can he actually stay healthy? While he has had a relatively light workload in his career for a back in his 30s—under 800 total touches, at least during the regular season—he has missed more than half the season in three of the past four years.

But he has been a weapon in the past. He has 270 receptions in his career for 2531 yards, averaging 9.4 yards per reception, with 17 receiving touchdowns. He has also averaged 4.3 yards per rush with 15 rushing touchdowns on 504 career carries.

Former Chargers teammate Eric Weddle called his return a “shot in the arm” for a floundering Ravens offense, which, honestly, I think just about says all there is to be said about where they currently are, if they are this excited about getting a piece like Woodhead back, especially given his recent history of injuries.

Not that they would ask him to be a featured back, by any means. They are really just looking for him to catch some passes on third down to extend drives, which has been a chore for Joe Flacco and his targets this season. And it’s certainly better to have him than not; better than Buck Allen in that role, anyway.