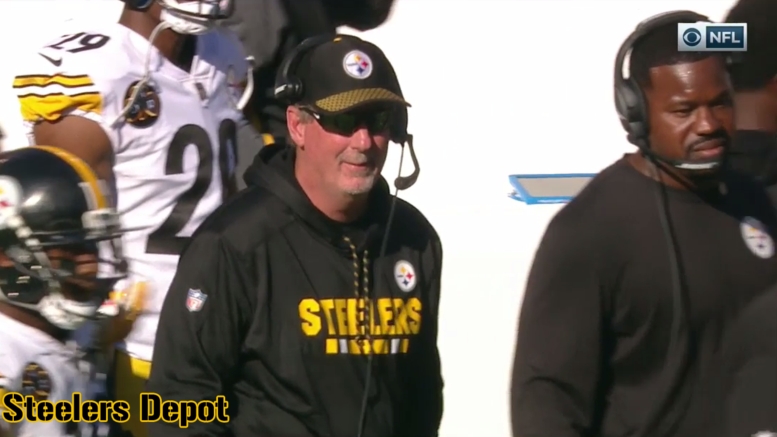 Believe it or not, but not every game against a team with a worse record is a ‘trap’ game. And even a loss in said game doesn’t make it a trap, either. Sometimes things just happen, and it doesn’t always necessarily mean that a team loses because they underestimated their opponents.

Among their own fan base, the Pittsburgh Steelers have a reputation—earned or otherwise—of being somewhat of a group of Cardiac Kids, often allowing games against purportedly inferior opponents end up being much closer than what many expect.

The truth is of course that games end up being much closer much more often than people want to think, because teams with bad records are not necessarily always terrible teams. Even the 0-16 Lions were close in several of their games.

For those who need the comfort and reassurance of hearing directly from the team that they are not, for example, taking the Indianapolis Colts lightly, however, I do have some quotes for you that should hopefully provide you some peace of mind—or piece of mind, as I’ve been on an Iron Maiden kick the past few days.

Defensive coordinator Keith Butler should know not to take any game lightly. He played the game himself for a long time before he ever joined the coaching ranks, so he has experienced what it’s like to go up against a ‘bad’ team a number of times.

He told Will Graves, “in the NFL, every week is hard. Ain’t no patsies and we got to treat it that way. We’ve got to approach it that way and I think our guys, hopefully we will”. No doubt some will find it jarring that he used the word ‘hopefully’ there, of course, but what can you do.

Earlier this week, head coach Mike Tomlin did express a similar sentiment. He was asked about this category of inquiry, and he told reporters that he doesn’t really spend any time contemplating what another team’s record is. They still have to play those teams and the tape is still going to show the same thing no matter the record attached to it.

Meanwhile, defensive signal caller Ryan Shazier said that he no longer looks far ahead into the Steelers’ schedule. All he knows is that they have the Colts up next, and then a short week in which they come back to Pittsburgh to host the Titans. He doesn’t even know who they play after that, by memory.

“Honestly I think everybody’s focused right now on winning the games that we have”, He told Graves yesterday. “They see that if we overlook stuff, we let it slip away”.

Frankly, I have a hard time imagining the Steelers letting Sunday’s game against a hapless Colts team slip away. Indianapolis has not been run well all season on any level. Their three wins have come against two teams who have no wins and a team starting a new quarterback for the first time.