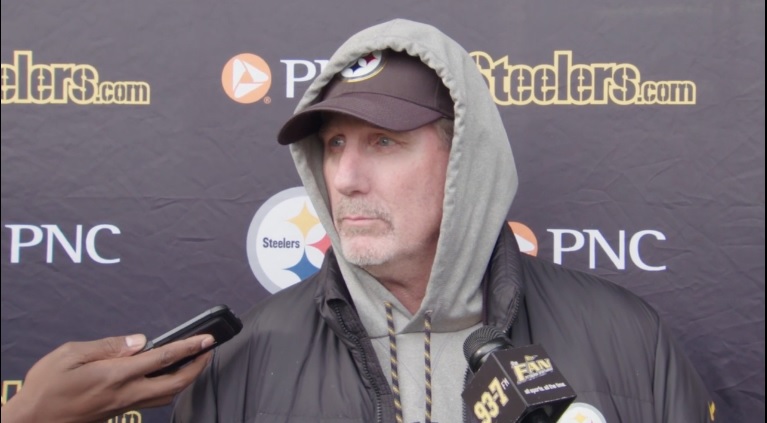 Similar to what we wrote yesterday and just as the Pittsburgh Steelers’ mantra has been under Mike Tomlin, it’s all about next man up. No Joe Haden? Insert Coty Sensabaugh and the standard remains the standard. Speaking with reporters yesterday, Keith Butler expects Sensabaugh to play at a high level.

“We;re going to miss Joe,” Butler said via Steelers.com. “Joe’s been good for us. But Coty’s done a good job for us. He did a good job in the game if you look at the game and how he played. He got a chance to play and he proved he can play. I’m glad we got him.”

More interesting in Butler’s discussion of Sensabaugh was a brief look-behind-the-veil of the coaching staff’s process of evaluating free agents.

“We write him up. The coordinator gets to write up something on him. And the position coach does. We go in the room just like we do in the draft and we’ll read them. So everyone has a chance to express their view on who they are.”

The consensus on Sensabaugh? A man corner who could be a top backup in case of injury, just as things have played out in Pittsburgh.

“We thought he could play. We thought he was a good cover corner. He had played in this system before down with Coach LeBeau. There wasn’t much of a transition for him.”

Remember, for most of the season, it was going to be either Ross Cockrell or Sensabaugh as the starter opposite Artie Burns. Then Haden was released, which Butler called the “icing on the cake,” and shook up the Steelers’ plans.  Even without Haden, Butler says he’s still confident.

“The icing is going to be alright.”