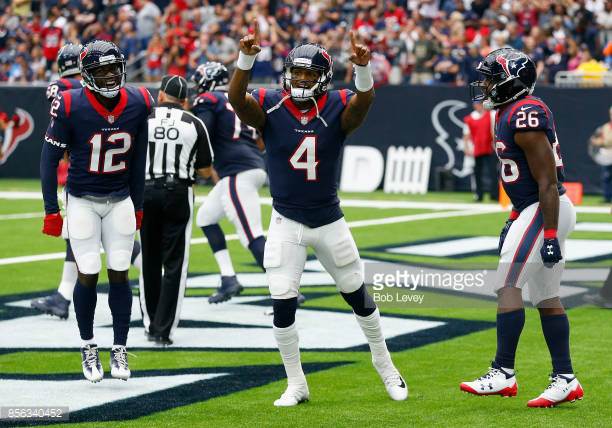 Question: Do you feel more confident that the Steelers will get a first-round bye or homefield advantage in the playoffs?

With the news earlier this week that the Houston Texans have lost their rookie starting quarterback Deshaun Watson, to a torn ACL, the Steelers are looking ahead to a schedule that is not exactly the most imposing that they could possible encounter, following the ravages of injuries at the quarterback position.

Over the course of their final eight games, the Steelers will be facing at least three backup quarterbacks, and at least one that might as well be a backup, that being whichever quarterback the Cleveland Browns will be starting at that point.

With Watson out for the year, Aaron Rodgers for the Green Bay Packers also on injured reserve, and the Indianapolis Colts—their next opponent—officially shutting down Andrew Luck—the Steelers will instead likely get Jacoby Brissett, Brett Hundley, and Tom Savage in their places.

They also have games remaining with their division rivals, including home games against Joe Flacco and [insert Browns quarterback] and a trip to Cincinnati to play Andy Dalton. The only other remaining quarterbacks are Marcus Mariota…and Tom Brady.

This is shaping up to be a very favorable schedule for the Steelers that on paper should really yield no worse than another 6-2 record. And the Steelers have gone at least 6-2 in the second half of the season for the past four years.

Could we really be looking at a bye week in the playoffs for the Steelers? It’s almost hard to imagine at the moment. The last time that the Steelers had a bye week was in 2010, when they were able to reach the Super Bowl, defeated by a quarterback who is no longer healthy this season.

In order to get homefield advantage, they still need to do better than the Patriots and the Chiefs, as they all currently share a 6-2 record. They have already beaten Kansas City, but they still have the Patriots to play.