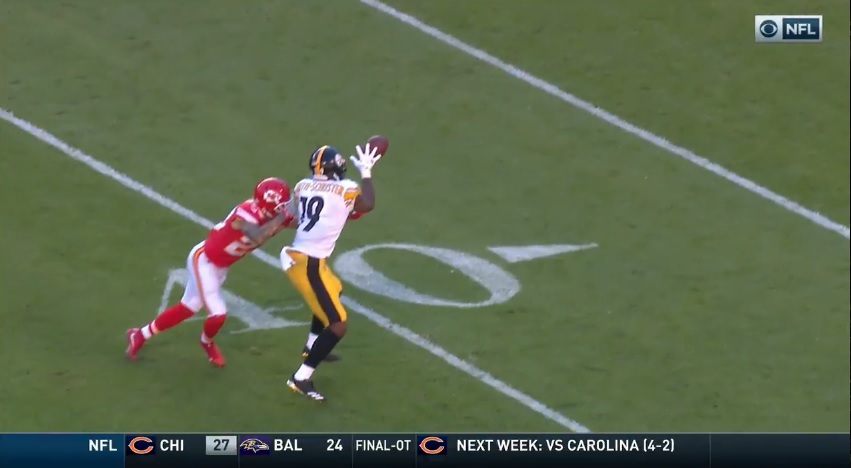 This time a week ago was a low point of the 2017 Pittsburgh Steelers’ season. An ugly, blowout loss to the Jacksonville Jaguars that put Pittsburgh at 3-2. Fast forward to today and it’s nearly a 180 degree turn. Winning really is the cure for all ills, especially when those wins come against the best team in football. Responding and rising to the moment was the mantra in the locker room leading up to yesterday’s game.

“Last week, after bitter defeat we talked about responding,” Mike Tomlin told reporters. “Responding in the right way. And that the response started on Monday. Ultimately, the response would be measured today. So it was good to see the proper response. but it’s only significant if we use it as we move forward.”

The win vaults Pittsburgh back to 4-2 and with the Baltimore Ravens loss, extra breathing room in the AFC North. The Steelers will have a chance to notch their third divisional win of the season next Sunday afternoon against the Cincinnati Bengals.

Artie Burns echoed a similar thought in speaking with Steelers.com’s Missi Matthews after the game.

“We had to bounce back from last week. I thought we had a good performance. We came in on Monday last week. We knew we had to come in here, in a hostile environment, and make sure we had everything together. We did that. We executed real good and everything went well.”

Burns said the biggest difference on defense from last to this week was finishing out the game. A week ago, the Jaguars’ final play was a 90 yard touchdown. This week, it was a 3rd down sack and 4th down incompletion to seal victory.

Ben Roethlisberger was a key part in the win, playing arguably his best football of the season. He ran through the key areas that got the team back on track.

“Our defense stepping up big,” Roethlisberger said. “Making stops. Us scoring. I thought our backed up offense was exceptional tonight. We really possessed the ball well.”

Pittsburgh had the ball for over 36 minutes. The defense held Kansas City to just one first half first down and the offense kept drives alive. It wasn’t the perfect game. But it was a complete one. The perfect timing.