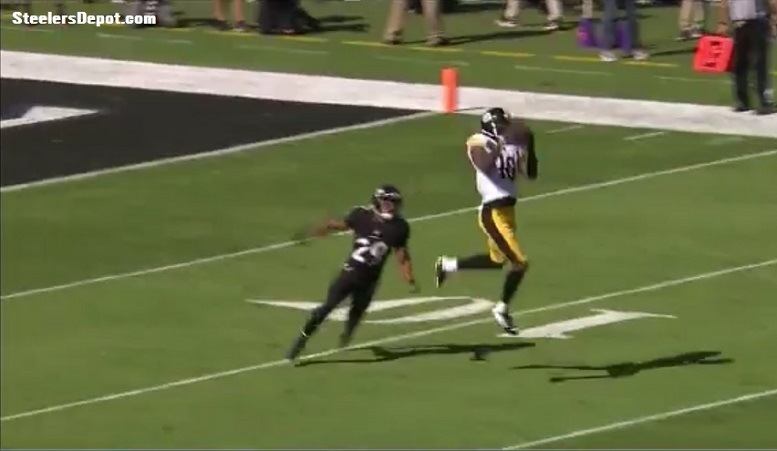 Pittsburgh Steelers wide receiver Martavis Bryant was added to the team’s injury report on Saturday due to an illness. He’s listed as questionable for Sunday’s home game against the Jacksonville Jaguars.

#Steelers WR Martavis Bryant has been added to the team's injury report (illness). He is listed as questionable for Sunday's game vs. Jacksonville.

Bryant, who practiced fully all week, did miss two practices last week because of an illness. Even so, he dressed and played against the Baltimore Ravens last Sunday.

The fact that Bryant needed to be added to the injury report on Saturday is a bit concerning. We’ll have to wait and see if he’s ultimately cleared to play on Sunday and we’ll know for sure 90 minutes before kickoff when the inactive list is released.

The Steelers might already be planning to dress wide receiver Justin Hunter on Sunday in place of wide receiver Eli Rogers. Should Bryant wind up being inactive, Rogers would likely get his helmet.

Since dressing for the first time midway through his 2014 rookie season, Bryant has never missed a game due to injury or illness, only suspension.