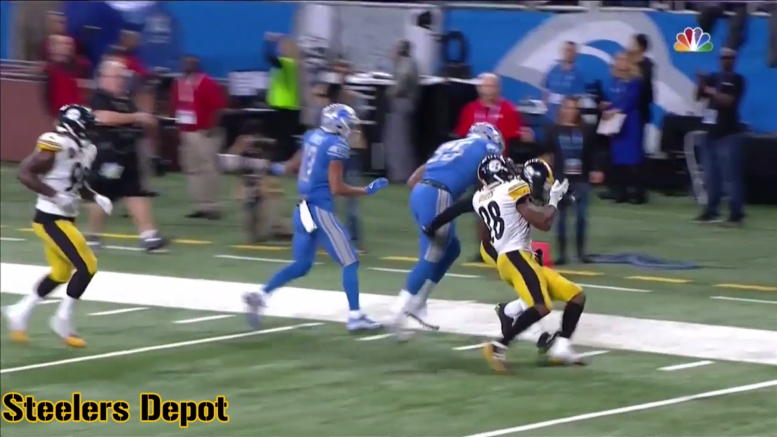 The Pittsburgh Steelers defense is heading into the bye week angry and annoyed. They held the Lions to just 15 points and kept them out of the end zone in spite of the fact that they had five trips inside the 20-yard line. They twice had first and goal at the four-yard line.

But quarterback Matthew Stafford still passed the ball all over them, and that is not sitting well during their week off, to stew over how they were torched, both defensive backs and linebackers alike. They are challenging themselves to assure that they do not deliver a repeat performance.

Pittsburgh entered the week as the clear leader in pass defense efficiency, averaging under 150 yards per game allowed, and also ranked among the very lowest in terms of yards allowed per passing play. They still sit second, but are now nearly 20 yards behind the Jaguars, having now given up an even 180 yards passing per game through eight games.

Lions quarterback Matthew Stafford had a big game, completing 27 of 46 passing attempts for 423 yards. Even though he was unable to capitalize on his ability to move the offense up and down the field by bunching it into the end zone a couple of times, perhaps he would be comforted knowing he has the defense frustrated with itself all the same.

Safety Sean Davis told Jeremy Fowler that the defense was setting a new challenge for itself heading into the back half of the year. “Not giving up 400 yards”, the ESPN reporter quotes him as saying. Entering Sunday’s game, the Steelers had not even allowed a quarterback to throw for 300 yards.

In fact, through the first seven weeks, they had only allowed two teams to gain even 200 net yards passing, and those were both in losing efforts with their opponent trailing throughout the game.

Perhaps somewhat overlooked, on another note, is the fact that the Steelers have held opponents to under 100 yards rushing in six of their eight games, though of course they allowed over 200 in each of the other two. They have held four opponents to under 75 rushing yards.

But it is the wounds of the passing game from the Lions that sting at the moment. Nobody had done this season what Stafford had done to this unit, making them look quite bad at times in ways that they had not, with any sort of consistency, previously this season.

The more than 400 passing yards from the Lions is more than the Steelers gave up in any game in 2016. You would have to go all the way back to week six in 2015 to find the last game in which they were lit up in this manner—a game that they also won.