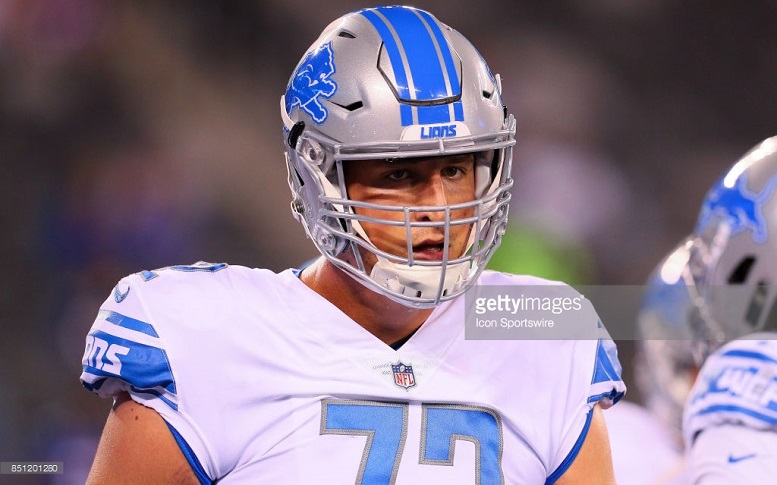 With just a few days renaming before the Week 8 Sunday night game between the Pittsburgh Steelers and the Detroit Lions, it’s looking more and more like a former member of one of the two teams will make his first career start for the other one.

Lions tackle Brian Mihalik, who was previously with the Steelers, is scheduled to start Sunday night at left tackle being as starter Greg Robinson is currently expected to miss the contest with an ankle injury after failing to practice on Wednesday and Thursday.

Mihalik, who was originally selected in the seventh-round of the 2015 NFL Draft by the Philadelphia Eagles as a defensive lineman out of Boston College, signed with the Steelers in in early 2016 as a futures player. The Steelers then switched him to tackle and ultimately waived him injured that September due to a knee injury that he had suffered during the preseason.

While Mihalik was with the Steelers this year during training camp and the preseason, he was ultimately waived by the team during their final round of cuts and the Lions quickly claimed him.

In the Lions Week 6 loss to the New Orleans Saints, Mihalik made his NFL debut at left tackle in place of Robinson. He later had to switch to right tackle after Ricky Wagner went down injured. He played 27 total offensive snaps in that game and allowed one sack and a few pressures.

“It was a little bit hectic,” Mihalik said this week. “I just tried to go in and do whatever I could to give our team the best chance I could to win.”

During his conference call this week with the Lions media, Steelers head coach Mike Tomlin spoke highly of Mihalik.

“You know, got a lot of respect for Brian,” Tomlin said. “He was a hard-working guy for us. He transitioned form the defensive line, I don’t know how widely known that is. That guy was a defensive lineman at Boston College. He really bought into the techniques and worked extremely hard, and what’s going on with him is no accident.

“He deserves that opportunity and I’m sure he’s excited about it.”

Should Mihalik indeed wind up making his first career start Sunday night in Detroit against the Steelers he’ll be faced with stopping rookie outside linebacker T.J. Watt most of the game. Watt enters Sunday’s game with four sacks on the season and the two players should be well-acquainted with one another thanks to them practicing against each other this past summer.

Whenever Watt is out of the game, Mihalik will likely have to square off against Steelers veteran outside linebacker James Harrison, who has played very limited snaps so far this season.

In short, Mihalik will certainly have his hands full Sunday night when it comes to him attempting to keep Steelers defensive players away from Lions quarterback Matthew Stafford, who has already been sacked 23 times in Detroit’s first six games of the regular season.