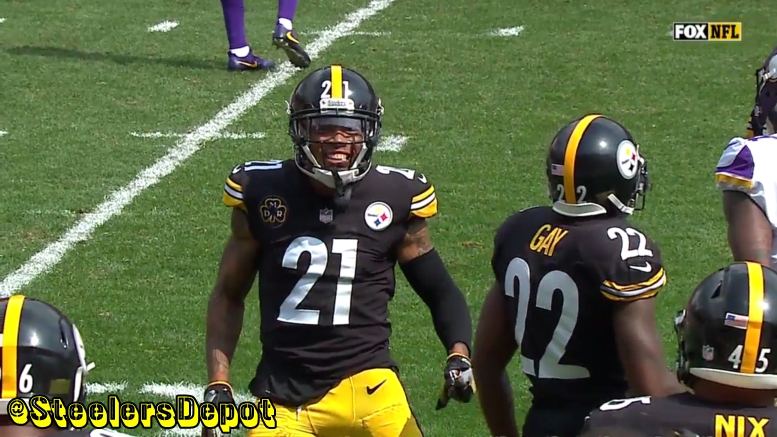 As he embarks on his third game against a divisional opponent in a new uniform, Pittsburgh Steelers—and former Cleveland Browns—veteran cornerback Joe Haden has been asked a number of times this past week to reflect on how different things have been over the course of the past couple of months compared to his first seven years in the league.

“Seven years in Cleveland was tough”, he had to admit, according to the team’s website. “I gave it my all. Was fighting for it. I am excited just being here with this team, building with these guys, bonding with these guys. Our defense is good and we feel like it can be better than how we are playing. I am just excited”.

He said it has been a different experience with his teammates actively and openly talking about the playoffs and seeing his team actually heading into games favored to win—things that rarely ever came up during his tenure with the Browns.

“It starts from the top down, the relationships with your owner, general manager and coach being on the same page. It starts there”, he told reporters this week. “It’s black and white how Coach Tomlin lets you know where you stand, what you need to do to still be on the team, what you need to do or you will be off the team. There is no grey area where people stand”.

He previously talked about how there is less pressure to play on the Steelers’ defense because of the talent around him, where he felt less of a burden to need to be the best player on the field, or to cover for his teammates, and is instead able to just go out there every week and worry about his own assignments, rather than everybody else’s.

And while the secondary really hasn’t been tested all that significantly thus far—though they did a nice job last week of keeping the Chiefs’ suddenly deadly offense in check, in Kansas City no less—there is no denying the numbers, as they are allowing fewer than 160 passing yards per game at just 5.7 yards per pass attempt, picking off more passes than have gone for touchdowns.

It’s still early in the season, and they still have the likes of Matthew Stafford and Tom Brady on deck, but their performance has been good so far, and Haden has admittedly had a fair bit to do with it, settling into his role over the past few weeks after being brought in very late in the process when he was released in August.

Though he seemed like he genuinely loved Cleveland and playing for those fans there, he hasn’t looked back, and has embraced his new opportunities in Pittsburgh. “I am having a blast. I am having a good time”, he said. “I could play here for 15 more years.”