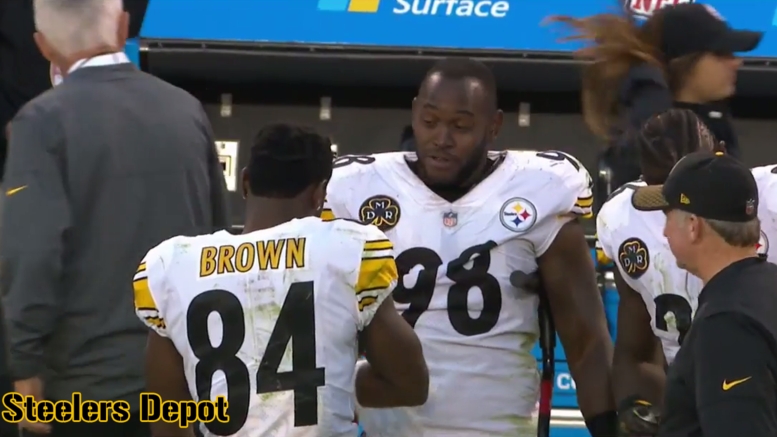 Question: How many starters will sit out Sunday’s game hosting the Bengals?

Through two days of practice, the Steelers continue to see three starters sidelined, with today being the last day on the field in preparation for Sunday’s key AFC North battle at Heinz Field, were the team will host the Bengals, who are 2-3 on the season, but winners of their last two, and coming off a bye.

Vince Williams left Sunday’s game with a hip injury early in the fourth quarter and had to be replaced for the remainder of the game by a mixture of Tyler Matakevich and a smattering of more dime defense. He was on crutches on the sidelines at the end of the game and hasn’t practiced yet this week.

Right tackle Marcus Gilbert bailed on Sunday after reaggravating his hamstring injury on the first play of the second quarter, Le’Veon Bell’s touchdown run. He missed the three previous games, and at the moment it doesn’t look too good that he will be back for this one after sitting out Wednesday and Thursday.

Also joining those two injured starters is Stephon Tuitt, who has already missed two full games and nearly another this season. The fourth-year player is dealing with a back injury, though that didn’t seem to affect him during the game on Sunday. He hasn’t practiced yet this week.

It was just a week ago that it looked like the Steelers might actually have all hands on deck for the first time in literally over three years, but now they are right back on the injury pile, even if all three notable injuries to starters seem minor and short-term in nature.

At least the team knows who would replace them if all should miss the game. Tyson Alualu has already started in place of Tuitt this season, while Chris Hubbard has started six games the past two years for Gilbert. This would be the first start, and first significant playing time, however, for Matakevich.