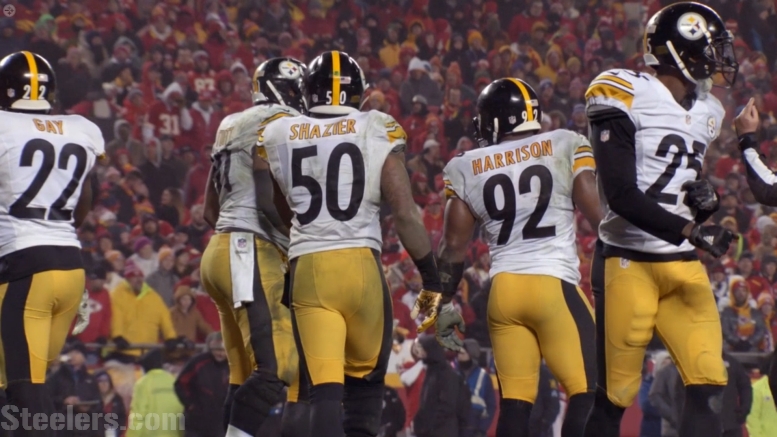 It is unfortunate that Pittsburgh Steelers fourth-year defensive end Stephon Tuitt’s new radio spot on WDVE had to coincide with him suffering an injury in the season opener, though there is now much optimism that he was lucky to avoid a major issue and could even potentially return as early as Sunday.

He talked yesterday during his interview about having a bit of a sense of disbelief over the idea that he could potentially be dealt a season-ending injury just a day after he had signed a new five-year extension worth $60 million.

But the most interesting part of the interview is when he talked about his drive in the offseason to continue to get better and to improve himself. He seems to be abnormally motivated to excel for a player who has already achieved a certain level of success.

The interviewer mentioned that he spoke with John Mitchell, the defensive line coach, over the summer about how Tuitt sat down with him and wanted to review every play from the previous season as part of his goal to get better, and he asked the defensive end to talk about it and what motivated him to do it.

“What’s the point of doing anything if you don’t want to be great at it?”, he asked. He then talked about how his teammates and the organization he plays for drive him to be better.

“Especially when you’re around other players [that are] great. That’s why I couldn’t see myself leaving [in free agency next] because I have too many great people around me”, he said. “I like that. For me to leave that, to downgrade, probably try to start over or try to create that somewhere else, I didn’t want to see that. I’m surrounded by greatness and that’s all I want to be, and I will continue to be that way”.

Of course, he won’t be going anywhere for a while, now inked through the 2022 season. He probably hopes by then to add another 60 or so sacks to his career total. “The next step in my process [of improving] was just understanding the type of player that I was, and [the way to do that] is by going back and looking at film, getting a chance to see, ‘hey, why did I miss this play?’, and ‘how can I make more plays?’”, he said.

“I’m a very athletic player and very blessed to be able to have some of that athleticism that I do for my size, height, in this game. I just wanted to advance that some more, see how I can help this defense become even more dominant”.

Tuitt said that he and Mitchell broke down his film and realized how many plays he left out on the field. “I could have had double-digit sacks, most definitely”, he said. “It’s just all about slowing down, understanding sometimes, just slowing down. Like I said once you get back there you get so excited and start losing yourself, and that’s what I did most likely when I got back there”.