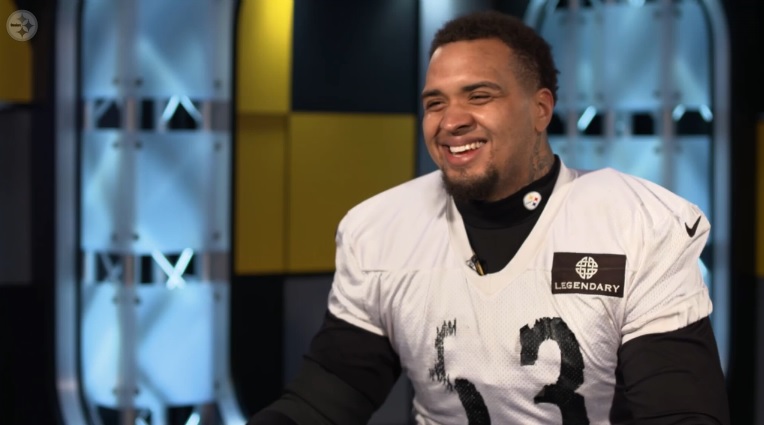 As we will do every Saturday to get you ready for the week’s game, our X Factor of the week. Sometimes it’s a player, unit, concept, or scheme. What will make or break the Pittsburgh Steelers as they take on the Minnesota Vikings

The Steelers run game was terrible last year and Le’Veon Bell had one of his worst rushing performances in recent memory. That was one of several reasons why the offense put up just 14 points against the Cleveland Browns. If Pittsburgh has plans on going 2-0, that has to change. But it won’t be any easier.

Like the Browns have with Danny Shelton, the Vikings have their own wide-load nose tackle – Linval Joseph. And unlike Shelton, Joseph is healthy. He probably weighs somewhere north of 340 pounds with pass rushing ability. His four sacks last season prove that. Put it this way. Over the last four years with Minnesota, he has 7.5 sacks. Casey Hampton had just nine in his entire career. Joseph is a blend of old and new money at the position.

But it’s all about the run game. And while handling the nose tackle comes down to both guards and the center, Pouncey will see big #98 the most often. Controlling him is key to controlling the run game. Pouncey, as good as he is (and I believe legit Hall of Fame talent), does have trouble with the biggest, stoutest guys up front. Even a less-than 100% Shelton gave him some trouble last week.

Whether it’s being able to reach him when he’s shaded or get movement on base blocks/double teams, it’ll be a tough task. And in the passing game, you don’t want Joseph being able to collapse the pocket. With the threat the Vikes have at defensive end, Ben Roethlisberger may need to be stepping up quite often.

Get Bell back on track. Get the run game back on track. That means moving Joseph off his tracks if the Steelers want to avoid being as one-dimensional as they were last week.