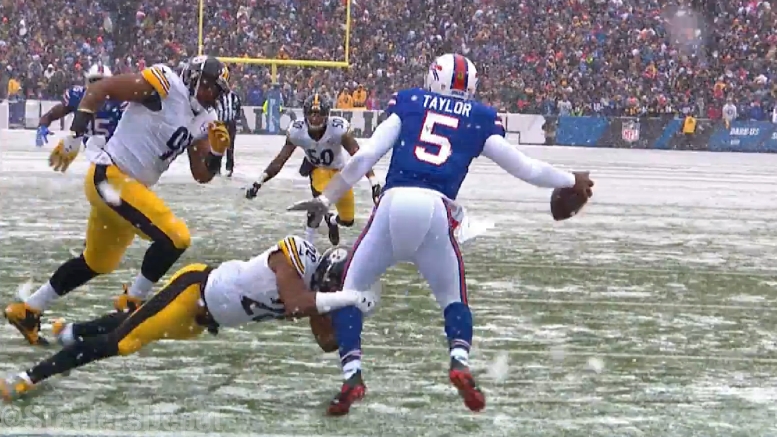 In case you didn’t notice during the preseason, the Pittsburgh Steelers certainly planted the idea in people’s heads that they are going to make the defensive back blitz a greater part of their offense, as this was something of a staple for them over the course of the four exhibition games, more so than it has been in past regular seasons.

According to Pro Football Focus, the Steelers sent a defensive back on a blitz 99 times during the 2016 season, and they did so on somewhere around 650 passing snaps, which figures out to something roughly in the territory about 15 percent of the time, overall, though that also has to be tempered with the fact that multiple defensive backs could blitz on the same play.

This probably would not be surprising, but nobody blitzed a greater percentage of the time than Sean Davis after he was moved to safety. Seeing 353 snaps on passing downs in that role, he rushed the passer on 28 snaps, just over seven percent of the time. PFF credits him with three sacks, two hits, and three hurries (reminder: they credit partial sacks as full sacks).

Something to consider as the Steelers evidently mull over the possibility of promoting first-year cornerback Mike Hilton over veteran William Gay in the slot is that the slot blitz their single-most frequent defensive back blitz in their arsenal, as Gay blitzed 34 times last season, and even Davis did so three times while he was there.

If the Steelers are going to place even greater focus on this during the regular season than they have in past years, it might make sense to get Hilton on the field over Gay to take over that role. Of course, it should not be the determining factor in switching out your slot defender, but it is one thing to consider.

Overall, on 99 aforementioned defensive back blitzes, the Steelers collectively accumulated 19 pressures for a pressure rate of around 20 percent, and some were more effective than others. As mentioned, Davis recorded eight pressures on 25 blitzes as a safety. Mike Mitchell also recorded four pressures on 18 rushes.

Artie Burns only blitzed once as a rookie, but he blitzed multiple times in the preseason along, so one would think that he will be asked to do more in that role this year. It will be quite interesting to see how this begins to play out, starting on Sunday against a rookie quarterback.