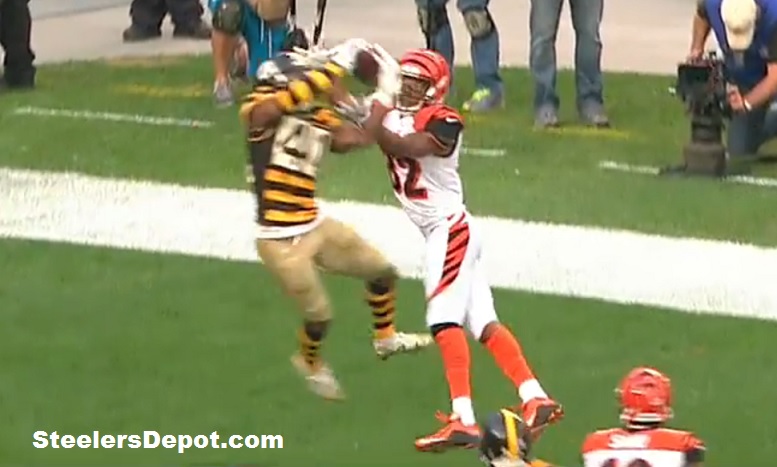 Former Pittsburgh Steelers’ cornerback Valentino Blake will be entering retirement, according to New York Giants beat writer Dan Duggan. Blake, who was fighting for a spot on the Giants 53-man roster was placed on the exempt/left squad list by the Giants on August 23rd due to “personal reasons.”

CB Valentino Blake, who left the Giants during camp for personal reasons and was released on Saturday, is retiring, per source.

Though the exact nature of his roster leave remains to be clarified, Blake’s last recorded tweet may give some insights into his departure. In the tweet, Blake states “Depression gets da best of me.”

Depression gets da best of me ??‍♂️

While it is impossible to speculate on Blake’s life outside of football, the former Steelers’ cornerback had crafted an impressive climb during his career.

An undrafted free agent pickup by the Jacksonville Jagaurs in 2012, Blake would not see his career launch until being claimed off waivers by the Steelers in September 2013. Better known as Antwon Blake to members of the Steelers’ fanbase, Blake recorded three interceptions over the course of his three-year tenure with the Steelers.

While Blake’s three seasons in Pittsburgh were filled with a wavering mix of highs and lows, his effort and hard work remained consistent throughout the process. From a waiver wire addition in 2013 to starting every regular season and post season game for the team during their 2015 season, Blake consistently gave his all on the field.

Though Blake and the Steelers headed in different directions following the 2015 season, his efforts in Pittsburgh would not go unnoticed. Blake was signed to a one-year contract by the Tennessee Titans during the 2016 offseason, reuniting him with former Steelers’ defensive coordinator Dick LeBeau.

Blake finished the 2016 season with 42 total tackles, and five pass defenses before once again becoming a free agent at the season’s end. Signing with the Giants earlier in the year, Blake played in two preseason games before his leave, recording five tackles and one interception.

The interception – which will likely be Blake’s last, puts a fitting bow on his career. By intercepting rookie quarterback Joshua Dobbs, not only was it Blake’s first interception since departing Pittsburgh, but it was also an interception that came against the Steelers, his former team.