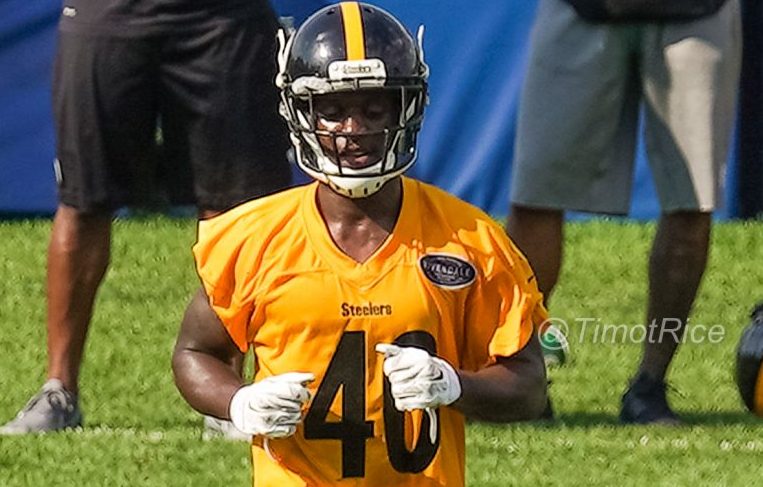 Cornerback Mike Hilton actually is not entirely a new face. It is not his first year on an NFL roster. It is not even his first year in a Steelers uniform. The team added him to the practice squad in the middle of December during the 2016 season, so they did get a glimpse of him before this year.

That did give the former undrafted free agent a little over a month to try to impress his coaches during practice, and he showed them enough to merit a Reserve/Future contract when the Steelers’ season came to an end.

Now, he certainly seems to be putting himself in a position to push for a spot on the 53-man roster. While he still has a tough road ahead of him in order to turn himself from an undersized underdog to a legitimate NFL player, he has done about all he can at this point to draw some attention to himself.

A former college teammate of Senquez Golson, Hilton stayed at Ole Miss a year longer and didn’t get drafted nearly as highly, but the two are now fighting for the same roster spot—or at the very least, it would be very surprising if both end up making it.

The 5’9”, 183-pound cornerback has been opening some eyes so far this training camp, making a number of plays, including an impressive leaping interception during a recent practices. His teammates are noticing, and so are his coaches.

Even back during the spring, the Steelers were giving him some opportunities to run in the slot with the first-team defense while William Gay was given time off. With Golson currently out, as well as Cameron Sutton, he is being afforded plenty of opportunity to log important snaps in the slot right now.

Still, there is a long way to go. Guys will get back healthy and they will get opportunities to show what they can do as well. And of course Hilton is going to have to show on special teams. But he is a big hitter for his size. I’m sure that is something he will embrace.