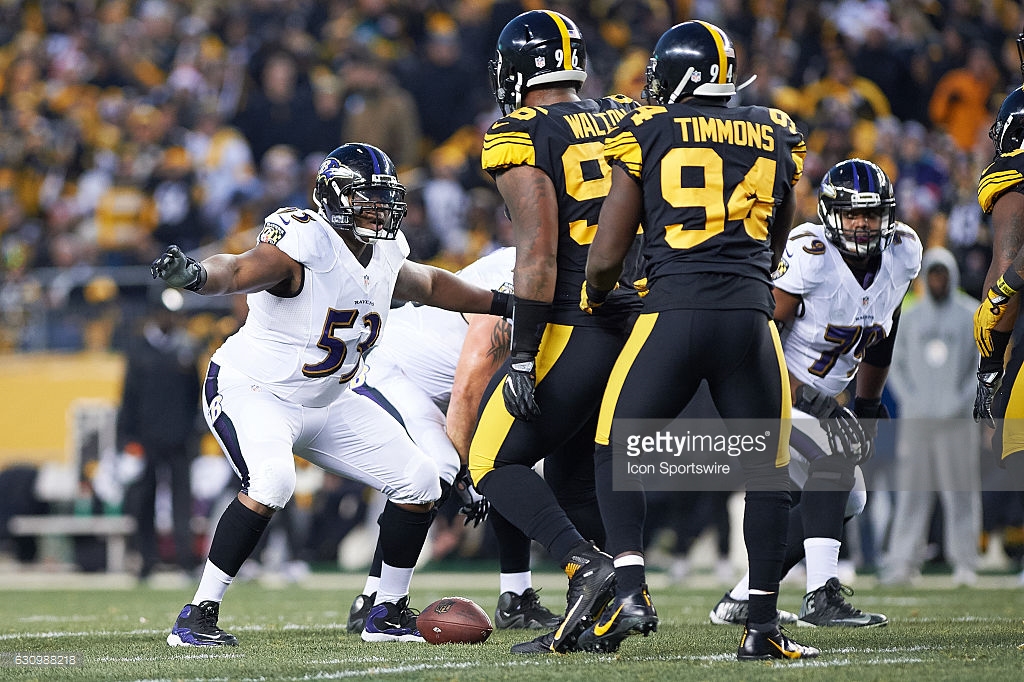 I wrote about it I think some time last week, but it doesn’t exactly make me a savant; frankly, it was downright predictable. But according to reports yesterday, the Baltimore Ravens are working toward completing a reunion with veteran center Jeremy Zuttah, whom they traded to the 49ers earlier this offseason.

While the Ravens were not displeased with his performance—he actually made the Pro Bowl for the first time in his career in 2016 as an alternate—they considered him a cap casualty, and intended to release him prior to their managing to work out a trade that saw them swap sixth-round draft picks with San Francisco.

According to the Baltimore Sun, the Ravens are “close to a deal” that will see the tenth-year veteran return for a fourth season with the team who traded for him in 2014. He spent the first six years of his career with the Buccaneers, where he started at both center and guard.

The impetus to reunite with Zuttah no doubt accelerated when Baltimore learned late last week that they would be without second-year starting left guard Alex Lewis this year, who suffered a shoulder injury that will require surgery and keep him out this season.

Zuttah was one of two starting offensive linemen that the Ravens either lost or parted with in the offseason, the other being right tackle Rick Wagner. The team only recently replaced the latter with Austin Howard, whom they signed to a three-year contract in excess of $5 million per season.

Even with Howard, that still only provides stability at three offensive line positions, left guard and center remaining somewhat up in the air. Other candidates for those jobs have either gotten injured (rookie Nico Siragusa) or retired (John Urschel).

A product of Rutgers, Zuttah has played in 131 games over the course of his nine-year career, starting 117. He has been a 16-game starter in four of the past five seasons, with injuries providing the cause for exception during the 2015 season.

Should Baltimore manage to work out this reunion, it will be the second time this offseason in which they will have re-signed a player that they released (or intended to release), presumably at a reduced salary than they would otherwise have paid.

But it is not a guarantee, as they are not the only team that is interested in the veteran. Zuttah earlier this week took a visit with the Colts, though of course did not sign at the time. still, they have already capitalized on the late-free-agency market with Howard, as well as with wide receiver Jeremy Maclin.