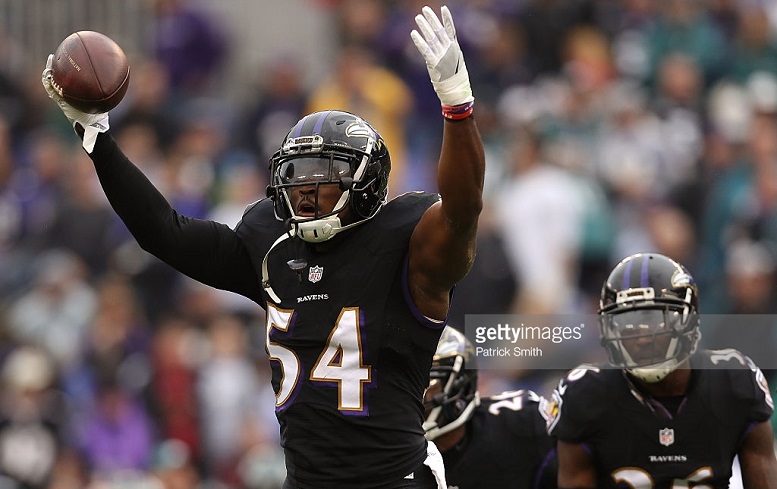 Prior to abruptly announcing his retirement from the NFL this past January due to a congenital neck/spine condition, former Baltimore Ravens inside linebacker Zach Orr was starting to establish himself as one of the best young players in the league at his position. On Wednesday, however, Orr announced that he’s now looking to resume his NFL career after receiving a second medical opinion and now the wait begins to see if a team ultimately signs him.

“I really don’t know [where I’ll play] yet,” Orr said Wednesday during an interview on Good Morning Football. “I’m eager to see. I just want to play football. I just want to play ball. I mean perfect situation, perfect scenario, of course Baltimore. I have a great relationship with everybody in that organization, teammates that I’ve got to know really well that I’ll talk to for the rest of my life and then obviously with C.J. Mosley, we came into the league the same year and I felt like we had a chance to be one of the best tandems in the National Football League, we’re working toward that.

“So, perfect scenario, Baltimore obviously would be favorites. But I just want to play football. And at the end of the day, that’s what I want to do. I love ball and I’m ready to give whoever or whatever my all out there on the field.”

According to Dan Graziano of ESPN.com, Orr already has a visit scheduled with the Detroit Lions on Thursday and additionally that as many as eight teams have reached out to the young linebacker so far since his Wednesday announcement. While a return to the Ravens probably can’t yet be ruled out, early indications are that they still have questions about his overall health. According to Albert Breer of MMQB, while the Ravens have been keeping tabs on Orr and love him as a player and a person, he seriously doubts the Baltimore team doctors would pass him on a physical.

With him having yet to file his retirement papers, Orr is currently an unrestricted free agent and that means he’s free to sign with any team of his choosing. While the former undrafted free agent out of North Texas currently has a very limited resume, he did register 132 total tackles, 5 pass breakups, 3 interceptions and a forced fumble last season, his first as a full-time starter. Those stats registered in 15 games as a weakside linebacker earned him second-team all-pro honors.

It will now be interesting to see if the Pittsburgh Steelers wind up having any interest in signing Orr. While the team currently appears set to move forward with fifth-year inside linebacker Vince Williams as their starter alongside Ryan Shazier after losing longtime veteran starter Lawrence Timmons to the Miami Dolphins during the early stages of the offseason free agent signing period, they did heavily pursue current New England Patriots inside linebacker Dont’a Hightower during the signing period just the same.

While the Steelers still have hopes on signing running back Le’Veon Bell, defensive end Stephon Tuitt and tackle Alejandro Villanueva to long-term contract extensions in the coming weeks and months, they still could have enough salary cap space left over to sign Orr to a reasonable multi-year deal as well if they deem him healthy and worth pursuing.

Orr, who just turned 25 earlier this month, announced he was retiring this past January after being told that his C1 vertebra was only 80 percent formed, meaning he risked paralysis or even death if he played another down. According to Mike Garafolo of the NFL Network, former Baylor quarterback Seth Russell pointed Orr toward Stanford Emery, a West Virginia spine specialist who had treated Russell’s neck injury in 2015. As the report continues, Emery and other doctors told Orr that “he’s at no more risk of serious injury than a player with a fully formed spine,” so long as he didn’t play with any herniated disks.

It’s easy to speculate that Orr won’t ultimately land in Pittsburgh. With that said, however, it might be worth exploring his medicals just the same in order to determine the risk/reward factor.