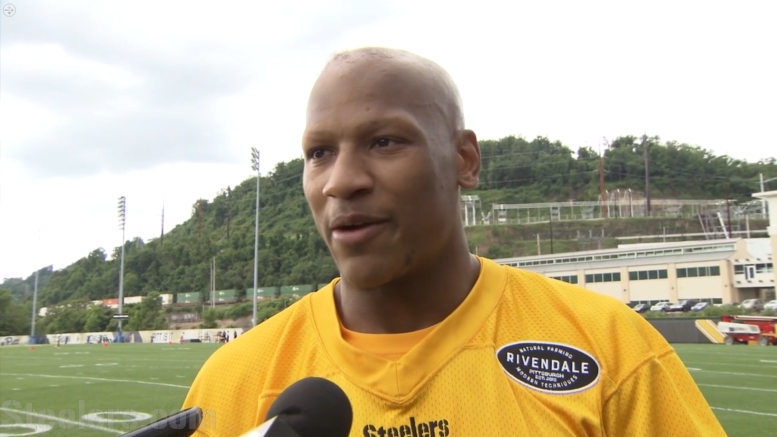 Ryan Shazier was a freshman at Ohio State when the last NFL Collective Bargaining Agreement was inked in 2011. He recorded 58 tackles with three sacks and a forced fumble that year, going on to have 317 tackles, 15 sacks, an interception, and five forced fumbles over three seasons, numbers that would help lead him to the Pittsburgh Steelers in the first round of the 2014 NFL Draft.

The inside linebacker is currently experiencing one of the quirks of that new CBA, because within it was installed for the first time the fifth-year club option for first-round draft picks. The Steelers picked up Shazier’s fifth-year option earlier this offseason as he heads into year four coming off a Pro Bowl.

The Buckeye, however, would like to see the players union take a harder stance during the next round of negotiations that would see younger players have more options that would allow them to be more appropriately compensated for their level of play.

In his fourth season, despite making the Pro Bowl this year and arguably being their best defensive player, Shazier is going to make just $1.7 million in base salary this year, though his cap hit is just over $3 million due to prorated bonus money.

He is not the only one whose level of play is not appropriately reflected in his current salary. Consider players like Aaron Donald and Odell Beckham, Jr. Both of them have been immediate high-level contributors from day one, but they are not being paid like it as they enter their fourth seasons.

Shazier, of course, is on one of the teams that have no intention of letting their first-round picks play under their fifth-year options. While they passed on Jarvis Jones, they have already reached long-term extensions with their two other first-round draft picks under the new CBA. His turn will come next year.

“If the team wants to do that, it’s great”, he said. “If you play at that level, you should be able to re-up whenever you want to”.

It is worth considering the fact that, because there is no club option for players beyond the first round, the player the Steelers drafted in the second round in 2014, Stephon Tuitt, is expected to receive a handsome extension as he enters the final year of his rookie deal.

There is no doubt in my mind that Shazier is aware of the fact that Tuitt, who has been a successful player for the Steelers, but not a Pro Bowler, and who had a lower draft pedigree, will soon be making more than he is. So I can see where he is coming from with regards to the CBA, and I do think he has a point. The fifth-year option is another mark in the favor of the owners and against the players.