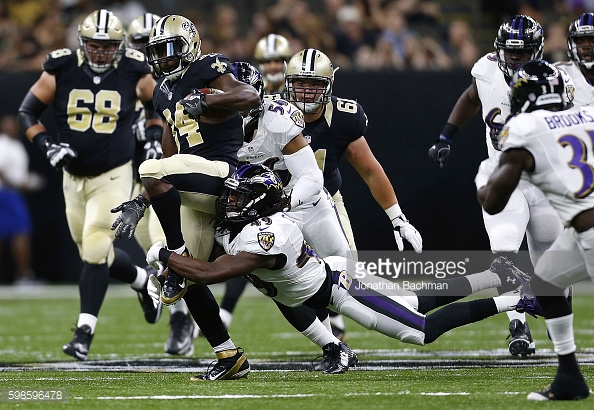 The Baltimore Ravens spent much of their offseason boosting their defense, in particular their secondary, for which they signed two new starters in free agency and drafted a cornerback in the first round, but their well-laid plans quickly went awry with slot cornerback Tavon Young suffering a torn ACL, ending his second season before it began.

Young, a fourth-round pick in last year’s draft, was able to earn playing time rather quickly as a rookie a year ago, and even found himself starting games on the outside, in part due to injury, and in part due to the struggles of other cornerbacks on the roster. Wherever they played him, however, he seemed to do well.

So the Ravens were excited to pencil him into the slot this season, sandwiched in between boundary cornerbacks Jimmy Smith and free agent Brandon Carr, but they hardly got a look at that lineup before they found themselves forced to begin the contingency plan.

To date, as we head into training camp, it appears as though the most likely player to fill in Young’s vacated starting spot at slot cornerback will be the Ravens’ other cornerback from the 2016 NFL Draft class, Maurice Canady, whom they added as late as the sixth round.

Canady, a 6’1” prospect out of Virginia, didn’t get to show much for himself during his rookie season because he suffered a hamstring injury four games into it that the team deemed significant enough to warrant placing him on injured reserve, where he remained for the rest of the year.

Now healthy, he has been splitting time running with Lardarius Webb running with the first-team defense out of the slot in Young’s place, and looking the part, according to coaches. Defensive Coordinator Dean Pees told reporters that “the guy makes plays. That is the whole bottom line on defense”.

The article from which the quote is pulled notes that he was one of the more impressive players during spring workouts for the Ravens, including one day during OTAs in which he came up with three interceptions.

Lest we forget, the team did also sign former Steelers cornerback Brandon Boykin, who emerged as the team’s slot cornerback late in the 2015 season and through their two playoff games that year. He signed a veteran-minimum contract with the Panthers last year, but suffered an injury that caused him to miss the season.

Between Canady, Webb, and Boykin, one of them figures to be able to handle the slot cornerback duties, but it seems as though the second-year player is currently the favorite, or at the very least has the greatest momentum heading into training camp.

A lot can change from late June to late August, of course, including a dip in his own performance or the rise of others. Still, no matter who it is, they will figure to have a hard time replicating what they were hoping to get out of Young this season.