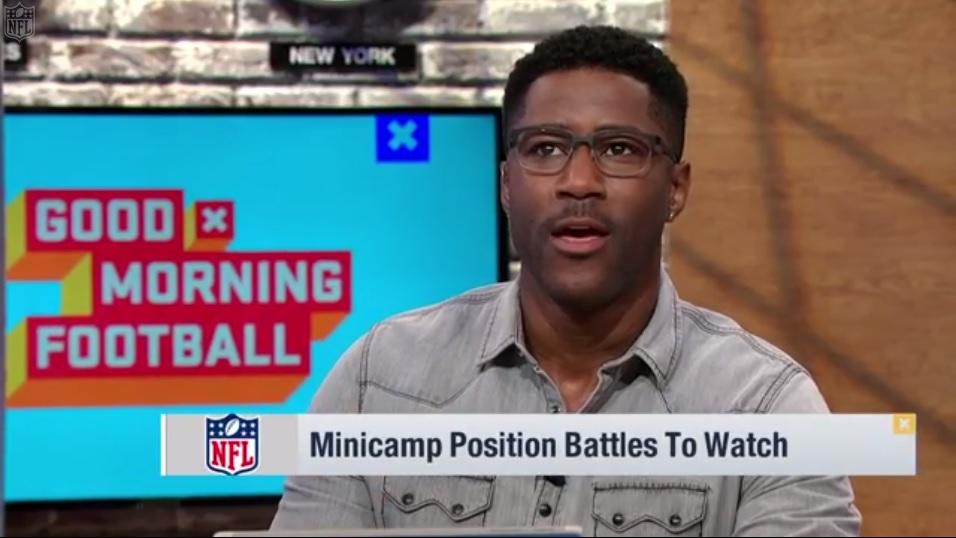 Better put on your oven mitts, Steelers’ Nation, because Nate Burleson is coming in hot.

On today’s Good Morning Football, Burleson was asked to offer a minicamp positional battle to watch. His answer should surprise you.

“I’m looking at Martavis Bryant and JuJu Schuster…you look at JuJu and what he was able to do at USC, 20 touchdowns over the last two years. There’s something about him. He’s got a little bit of arrogance, a little bit of flair.”

He then went on to say Bryant has to prove he’s still the same dude as he last played.

“Martavis Bryant hasn’t been on the field for what seems like forever. And he came out telling everybody else saying, ‘we brought JuJu to take ya’ll position.’ I’ll tell you what Martavis, you need to prove you’re still the guy you were when you left.”

Burleson wrapped up his thought by saying as a rookie, Smith-Schuster will do whatever it takes to help the team win and that he’d be an ideal compliment to Antonio Brown.

While Burleson is, I suppose, right about Bryant needing to prove himself on the field – there’s no reason to expect he won’t play well after training as hard as he ever has – he fails to realize Smith-Schuster has mostly been working in the slot, not at the Z like where Bryant lines up.

Though I’m high on the rookie, like many others, he isn’t dynamic enough to be the team’s Z receiver like they have in Bryant and Sammie Coates. Heck, throw Justin Hunter in there for good measure. All better Z receivers in this offense.

Talent wise, Bryant is still going to win out so the argument fails on pretty much every level. Smith-Schuster could have a strong year in the offense so in that regard, Burleson and I share the same optimism, but it won’t be at the expense of Bryant. Does he really think Bryant would end up sitting on the bench?

A national media job is tough, mostly because it’s impossible to know the in’s and out’s of every team and their depth chart. Often, when guys like Burleson are asked about these things, they get it wrong because they lack the information to make a nuanced, informative point.

It’s the offseason so that’s mostly why I’m even focusing on it. But it’s the offseason for Burleson too, who is saying whatever he has to in order to fill the airwaves on a three hour show like GMF.