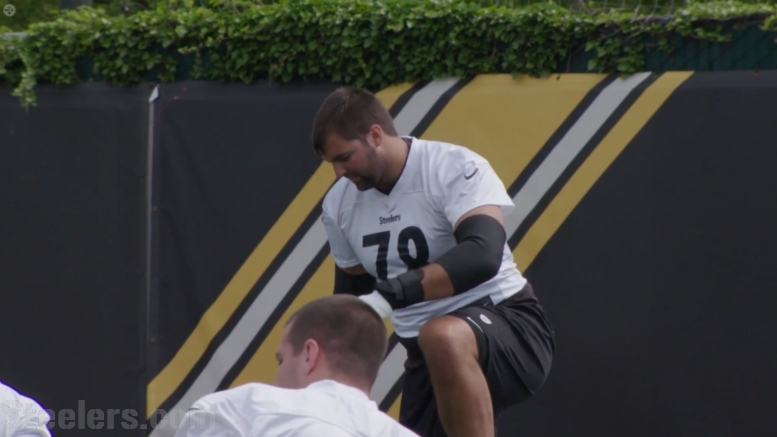 Topic: Will Alejandro Villanueva be able to pick up right where he left off at the end of last season?

The first person who would admit that Alejandro Villanueva had more than his fair share of struggles at the outset of the 2016 season would be the man himself. Then again, he has a tendency toward humility, and recently told reporters that he has to get “so much better”, even after finishing off last season very strong.

He was, in my estimation, performing at a very high level as the Steelers closed out the regular season and drew deep into the postseason, a quality of play that I would roughly estimate as equivalent to the top five at his position. That is not to say that he is quantifiably one of the five best left tackles in the game as we speak, but he has that capability.

So the question is, will he pick up where he left off, or will he have to reset and work his way back up? The brutal truth is that the latter has been the case in the Steelers’ recent history. Kelvin Beachum struggled at the outset of his first full season as a starter in 2014 and improved dramatically. The next year, he struggled at the outset again before improving, only to tear up his knee.

Last season, Villanueva struggled again at the start of the year, not picking up where he left off. He previously told reporters that he was taken out of the game mentally by being thrown into a competition at a left tackle position that he believed should have been his.

But he is at a point in his career now in which he is pretty much an established starter who doesn’t have to earn his job, nor his reputation. All he has to do is keep doing what he’s doing, and he certainly has displayed the work ethic to fend off any slacking. There is no reason that he can’t buck the recent trend of slow starts to the season from the left tackle position.

That is, unless he finds himself mentally bogged down by unresolved contract issues. He doesn’t even currently have a signed contract. If he was affected by competition last year, one could certainly imagine that that could weigh on his mind as well.