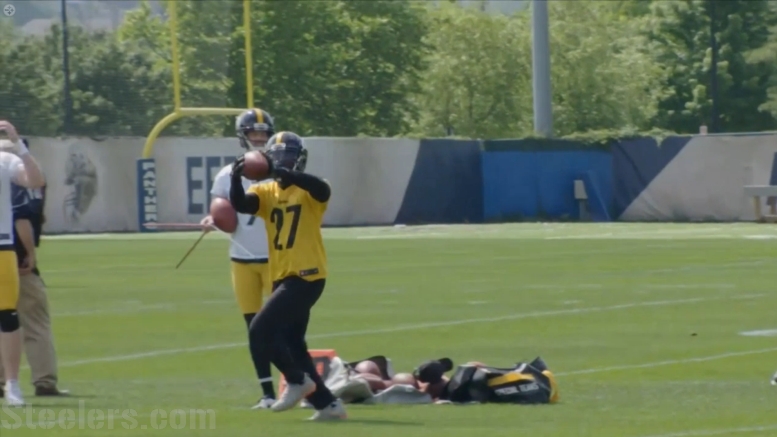 While it has certainly been the case that “third first-year” Pittsburgh Steelers cornerback Senquez Golson has been the subject of quite a bit of scrutiny over the course of the past two years as a former high draft pick who has been unable to take the field due to injuries, I do think that the majority are still actively rooting for him.

And I don’t think that there is anybody pulling for him more than his defensive backs coach, Carnell Lake, who is entering his seventh season with the team since being hired to replace Ray Horton following the 2010 season.

Lake had certainly gotten his share of draft picks—the Steelers drafted Curtis Brown in the third round and Cortez Allen in the fourth round the year that he came in—Golson was the first player in the secondary that the Steelers had added within the first two rounds since he came aboard.

This was not to be some Crezdon Butler, Terry Hawthorne, Shaquille Richardson player. Golson was supposed to be a dynamic cornerback with ball skills who was going to help rebuild the secondary. But it’s hard to do that when you’re watching your teammates from the sidelines, or from home, sitting on injured reserve.

Lake recently spoke to Missi Matthews for the team’s website about Golson and other subjects, and a preview of the interview was featured yesterday, commenting on his third-year cornerback who has yet to be healthy for a game.

“Everybody doesn’t come out of the gate the exact same way”, he said. “Some people stumble out of the gate and have to pick themselves off the ground and keep going. And that’s where Senquez is”. Now, this should go without saying, but it’s important to note his starting point heading into this year.

“It didn’t start off the way he wanted it to and the way we wanted it for him”, Lake continued, “but now that he’s back on his feet, we hope that he can start off with a full gallop going into training camp”.

As I wrote about earlier today, Golson himself seems to think that he is doing well, and is even eager to start tackling already, even though that will not be coming for some time until we actually get to training camp later next month in Latrobe.

During his rookie season, the 2015 second-round draft pick started training camp on the Physically Unable to Perform List while he was dealing with a shoulder injury. He was kept around for, if I recall correctly, a couple of weeks to get a taste of the experience, but he ultimately had season-ending surgery before ever coming off the list.

He did make it to training camp in his second season last year, but it was only a few practices in that he suffered a Lisfranc injury in his foot. The Steelers carried him on the 53-man roster, hoping that he might be able to return at some point late in the season, but that never happened.