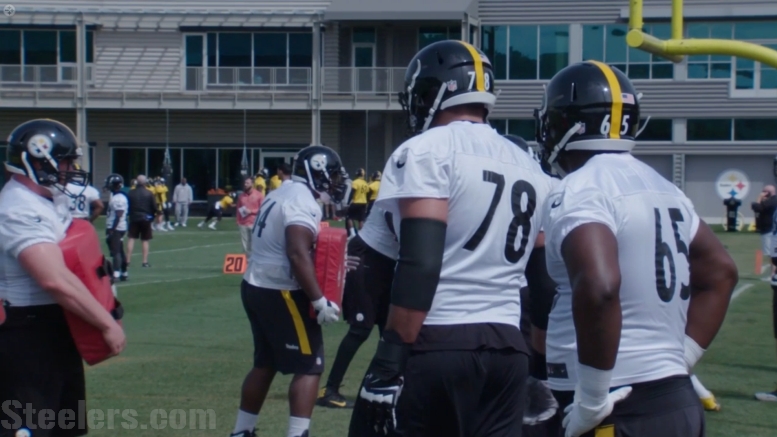 Question: Does Jerald Hawkins factor into the negotiations between Alejandro Villanueva and the Steelers?

It’s highly unlikely that the Steelers envisioned back in the fall of 2014 when they signed Alejandro Villanueva to their practice squad that they would be entering the summer of 2017 engaging in negotiations with his agent in the hopes of securing him as their long-term left tackle.

Not just because of the long odds of him developing into that sort of player, of course, but also because of the fact that he is only entitled as a veteran of two years of accrued experience to an exclusive-rights free agent tender.

But that is where they now find themselves, with Villanueva leaving the negotiations up to his agent while he has been participating in practices. But one has to wonder how Villanueva’s primary practice partner, Jerald Hawkins, might be influencing the discussion on both ends.

Now, to get things out of the way, I have already gone on record in saying that Hawkins is right now a player who has proven nothing. He looked good in a preseason game against second- or third-string defensive linemen 10 months ago.

But when you’re negotiating a deal, you use any leverage you have, and the Steelers are no doubt bringing up Hawkins’ future and how good he has looked in practice when speaking with Villanueva’s representation.

I apologize for not catching the name, but I saw one member of our community comment that if he were Villanueva’s agent, he would make sure to get a deal done this year rather than give the Steelers a year to look at Hawkins, whom Bob Labriola said earlier this offseason that they envision as an athletic left tackle.

The former fourth-round draft pick is right now a hope and a prayer until he actually gets on the field, but Villanueva knows as well as anybody how far that can get you. He went undrafted and failed to make several rosters at different positions over a period of several years. His first season in the NFL in 2015 saw him turn 28 years old. Hawkins will turn 24 this year.