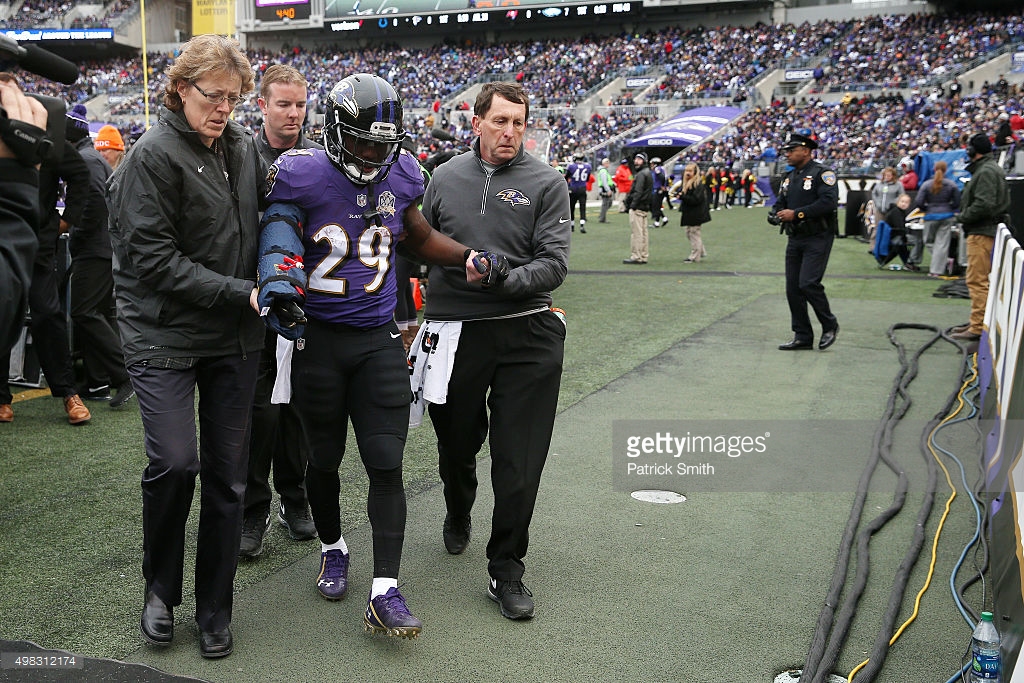 I think that Pittsburgh Steelers fans will best remember him as a pest for the 150 yards he put on them in 2015, but nobody has to worry about former running back Justin Forsett on the football field any longer after recently announcing his retirement following a nine-year career that saw in play for seven different organizations.

The most successful point of his career was unquestionably the time that he spent with the Baltimore Ravens, particularly his first year they during the 2014 season. He had a career year that season and was named to the Pro Bowl, which is a long journey for an undersized former seventh-round draft pick.

That season, Forsett rushed for 1266 yards on 235 carries, averaging 5.4 yards per carry, which I believe was the highest, if not very closest to the highest, among qualified ball-carriers. He scored eight touchdowns on the ground and added another 263 yards through the air on 44 receptions. All of those numbers represent career highs, other than the 5.9 yards per carry he averaged in 2012.

He was originally drafted by the Seahawks, but was cut early in his first season. He was then claimed by the Colts, spending nearly a month there before being waived again. So back he went to Seattle, first briefly on the practice squad, but then soon after back on the 53-man roster.

Forsett spent the first four years of his career with the Seahawks, often as a second or third back, totaling 1287 yards on 278 attempts over that span with seven touchdowns. He also had 730 receiving yards in Seattle on 97 receptions.

He became a journeyman after that, spending the 2012 season with the Texans, where he recorded 63 rushing attempts for 374 yards. A year later, with the Jaguars, he had just six rushing attempts in 16 games for 31 yards.

In the wake of the Ray Rice debacle, Forsett entered the Ravens organization with an opportunity, and he seized upon it, eventually climbing to the top of the depth chart as the featured runner for the first time in his career, and he rewarded the team for their trust in him.

He entered the next season in the same role, but he suffered a broken arm in the 10th game of the season. By that point he had 151 carries for 641 yards. He was a cap casualty initially the following year, but was then re-signed, only to be released again a few weeks into the season.

Forsett finished off his career bouncing around, spending some time with the Lions and then the Broncos. He compiled nearly 4000 rushing yards for his career on 820 rushing attempts with 20 total touchdowns, adding another 1351 receiving yards on 210 receptions.

That’s certainly not a bad career for the 233rd-overall pick in the draft, let alone a 5’8” running back under 200 pounds who ran a 4.62 40-yard dash at the Combine. It just shows that you never really know who is going to have success.