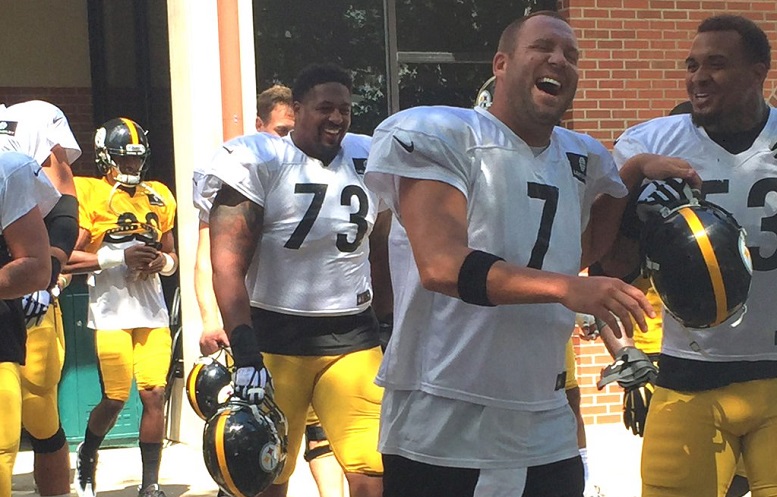 At what point did the 2017 Pittsburgh Steelers season begin for you – or has it yet?

It is very easy to mark the end of a team’s season. The very last game and they are done. On that rare occasion when the post season ends in a victory what ecstasy – but that only been accomplished six times in their 84 seasons of play. Once every 14 years on average. Better than most but shy of the Green Bay Packers 13 NFL championships in their 96 seasons which averages out to one every 7.38 seasons. In any case, the Steelers did make the playoffs last year and to the average Steelers fan that at least meets the standard but all but the least demanding of fans would agree that a loss in the final game of the season is a disappointment. So why dwell on the past, we have a bright future to look forward to and the 2017 season gives us reason to have some optimism.

For the very few blessed with extreme short-term memory loss, the new season began on January 22, 2017 the moment final whistle ends the AFC championship game. Of course, many of us needed more time to conduct a postmortem on that final game along with a season’s worth of conjecture such as what would this team have accomplished if Martavis Bryant was active or if Ladarius Green had stayed healthy? Those are just two threads of conjecture among several dozen. Alas, no matter. No amount of wishful thinking will overturn the result. No number seven to cap the 2016 season.

Some embarked on the 2017 season on January 24th when the Steelers signed eleven prospective players to reserve/futures contracts. Six remain on the current roster, long shots but maybe one or more of Brandon Dixon, Mike Hilton, Keavon Milton, Matt Feiler, Jacob Hagen, or Marcus Tucker will show enough talent to make the initial 53-man roster or more likely the practice squad. Who are your favorites among this mostly obscure group of players?

Others needed more time to process the 2016 season. Some waited for the scouting combine which began on February 28th. Now we could evaluate draft prospects through their 40 times; arm length; vertical jumps and number of press benches of 220 pounds. That got us thinking and rose to comments like Lambert58 saying, “Njoku has some ridiculous fire-hose arms.” Or the wise prognostication by MP34, “Wow, Rushel Shell‘s numbers were surprising? First, he’s under 5’10 (he’s always listed as 6’0), and his times weren’t good (4.75.-4.81). By contrast, I thought James Connor did pretty well. He should be a 4th – 5th rounder.”  Capehouse had a good line on one of Dave Bryan’s combine articles saying, “Tarik Cohen is 5’6″ with 10-1/8″ hands. Wow. That’s strange lol.” (BTW, ‘the Human Joystick’ was picked by the Chicago Bears in the 4th round).

Momentum building, free agency started just a few days after the combines ended. Not only were we talking prospective Steelers; but also, which players who wore the Black & Gold in 2016 would be missing from the 2017 edition. A lot of players were re-signed but was it worth keeping Lawrence Timmons, Markus Wheaton, Jarvis Jones or DeAngelo Williams among others. Regardless of our opinions, the front office parted ways with each. But we did pick up a few free agents; signing Tyson Alualu, Coty Sensabaugh, & Knile Davis on March 20/21. The 2016 Steelers were quickly transforming into the 2017 version of the team.

If the free agency period, which is normally a slow time in the Pittsburgh area, did not get most Steelers fans focused on 2017; the draft had to put the numbers over the top. Eight new Steelers got the call from coach Mike Tomlin. Happy to get an edge rusher like T.J. Watt; a feel-good story like James Conner and even a mystery pick like long snapper Colin Holba got us talking. A wide receiver picked in the second round? JuJu Smith-Schuster? Who has longer odds at making the roster: linebacker Keion Adams or cornerback Brian Allen? Defensive back Cameron Sutton made sense to most; quarterback Joshua Dobbs getting picked will take longer to adjust to. We all nodded sagely when Greg Warren was released for failing the physical – mystery solved. But a new mystery cropped up hours later when Ladarius Green was released for the same reason – why was no tight end drafted?

If your 2017 season has not started for you yet – what will it take? Rookie minicamp has come and gone. We are now in the OTA’s – organized team activities. Training camp is expected to begin July 27th which if you have not let go of last season by now should be your last chance to climb aboard the upcoming season. Of course, there may be some hard cases that will wait right up to September 10th for the opening kickoff to the regular season. But I must say; if you wait that long to get engaged with the new season; your enslavement to the past may be some form of a Borderline Personality Disorder; dare I say a below-average Steelers fan?

Two links for you today. First, the music world lost Gregg Allman a couple days ago. Got to see him live when he formed the Gregg Allman Band. He might have said he was no angel; but he is with them now.  I’m No Angel

The second is specifically for Antonio Brown. You may have heard that the NFL has wisely relaxed their end zone celebration rules. The football can now be used as a prop, celebrations can be on the ground and group celebrations are now allowed. But heaven forbid, no twerking! The three-pump twerk is still a no-go according to the NFL’s website. The following is a traditional dance in Honduras, Belize, Guatemala, and parts of Nicaragua called the Punta. Perhaps, Antonio Brown can adopt these dance moves to help provide a cross-cultural educational experience during his touchdown celebrations. Punta Dancing.