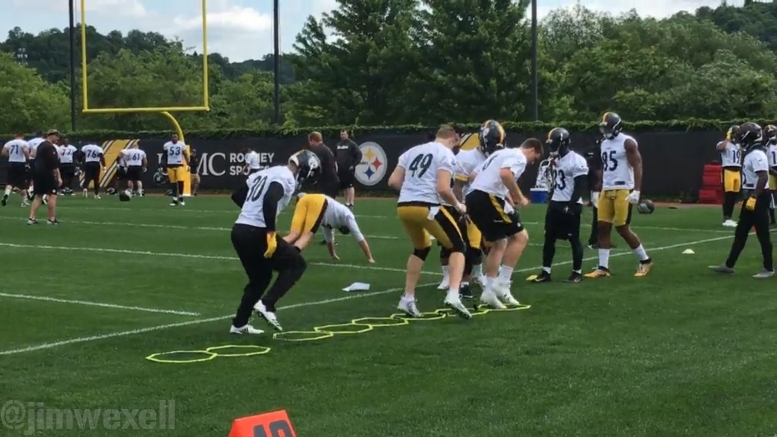 There had been a trend over the course of the past decade to see former players for the Pittsburgh Steelers, after their time with the team, find new homes with the teams coaches by Steelers alumni. There was quite a prominent pipeline from Pittsburgh to Arizona for a while, and now there is one to Nashville, where Dick LeBeau is the defensive coordinator for the Tennessee Titans.

The Titans signed a pair of former Steelers last year, and had many other connections as well, but Pittsburgh has been reciprocating of late. They signed Steven Johnson last year, and just yesterday they brought in former Tennessee safety Daimion Stafford. While he will likely be competing for a roster spot and will function primarily on special teams, there is some intriguing quality to note.

While he was with the Titans, particularly in his final season, the big safety actually played a lot in the ‘moneybacker’ role as the dime safety, similar to what Will Allen did with the Steelers under LeBeau in 2013, and what they did with Troy Polamalu in his last two seasons.

He told Jim Wexell yesterday that he “played a lot of dime last year in LeBeau’s defense”, describing the longtime Steelers defensive coordinator as “my guy” and “by far one of my favorite coaches”.

And it very well may be that the Steelers are actually looking for a safety to play that role after they lost Lawrence Timmons at inside linebacker during free agency and are prepping Vince Williams for a starting role in which he may find himself frequently on the sidelines in obvious passing downs.

That is, after all, exactly what happened during his rookie season when he was forced to start after Larry Foote—who, of course, is on the Cardinals’ coaching staff now—was injured in the season opener. Allen spent most of that season coming on in place of Williams.

Last season, the Steelers tried to use Robert Golden at times in this role to mixed success—with most of the mixing coming whenever he was put up against Rob Gronkowski, who makes an awful lot of players look bad.

But the fact that they would bring in Stafford now suggests that they are actively looking to strengthen the safety group by adding a player who will provide strong competition for a roster spot. Given how deep the cornerback group is, this could definitely put Golden or Jordan Dangerfield in jeopardy.

It’s certainly not impossible, either, that Stafford, should he make the roster, end up logging some time on defense for the Steelers in that third safety role. After all, he already did it under LeBeau, and Keith Butler is obviously a LeBeau disciple.

Pittsburgh rarely adds any significant players after the draft, so it will be interesting to see how this fifth-year safety does this summer. According to Pro Football Focus, he ranked 14th out of 87 safeties in run-stop percentage last year, higher than any Steelers safety. Sean Davis ranked 19th.