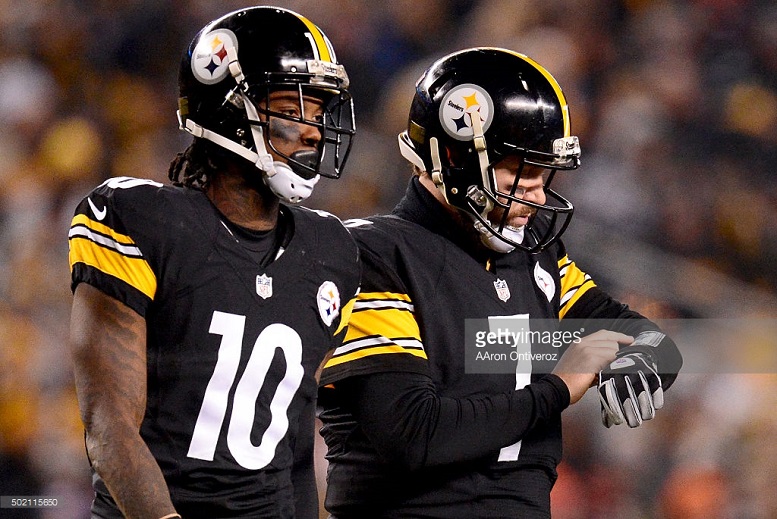 Despite his enormous potential, the professional path that Pittsburgh Steelers wide receiver Martavis Bryant has led can only be described as a tumultuous one. He has on numerous occasions jeopardized his future as a contributor in the NFL through poor decision-making and has threatened to alienate himself from his teammates.

When Bryant was indefinitely suspended last year, he put himself into a bit of an isolation. He didn’t respond to the messages of his quarterback, Ben Roethlisberger, when he attempted to reach out. Roethlisberger has had to call him out publicly multiple times for both on- and off-field issues, and after that incident he talked about his disappointment in his promising young receiver for having lied to him and others.

Yesterday, he issued yet another challenge of sorts to Bryant while speaking to Ron Cook for the Pittsburgh Post-Gazette in a wide-ranging interview, and for his part, the third-year player appears to have accepted the challenge.

When asked if Bryant has some work to do before he can trust him again, Roethlisberger pointed out, “it’s more than just me. He has to win back everybody’s trust”, he told Cook. “I would hope he comes up to me and we go somewhere to talk in private”.

Though he has been reinstated on a conditional basis for more than a week now, Bryant has yet to report to the Steelers’ voluntary offseason workouts, Phase Two of which began on Monday. Despite earlier reports that he would be in attendance, there are reportedly lingering issues that he must resolve first.

“After [speaking privately], he has to show with his work ethic and by staying clean that he cares—really cares—about us”, Roethlisberger continued in speaking about his once-potent weapon on the offensive side of the ball. “If he does that, it’ll be huge. He can really help us. He can be so great”.

One thing that I would like to think we will not have to worry about is his on-field work ethic, because Bryant has spent much of the past year cataloguing the immense amount of work that he has put into his physical conditioning, reportedly now tipping the scales at 230 pounds while retaining his speed and quickness.

If there is one thing that we have learned about Bryant over the years, it is that he monitors the news. He often appears to have a direct response to things that have been written about him, and that seems to be the case with a Tweet that he made earlier this evening.

“Challenge accepted once again!!”, he wrote to his followers. He certainly is aware that this is not the first challenge that has been issued in his direction. He has had mixed success in rising up to those challenges, but right now, the only thing standing in his way from succeeding is himself, and he knows it.