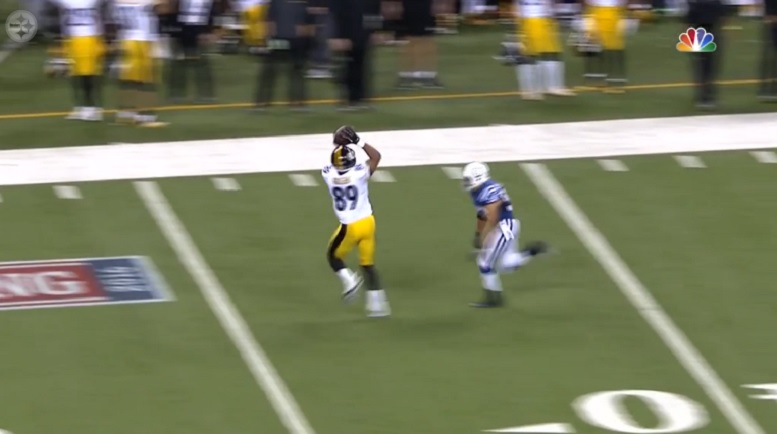 When the Pittsburgh Steelers chose to sign tight end Ladarius Green to a four-year, $20 million contract at the end of the first day of the open free agency period in 2016, I believe that they not only signed a talented player, they also signed on to the viability of a certain philosophy that they had not really embraced before.

As though it were not obvious, Green represented a different sort of player than the Steelers were known to employ out of the tight end position. Sometimes seemingly one of the few remaining relics of a bygone age, Pittsburgh always relied upon their tight ends first and foremost to serve as an extension of the offensive line as blockers, rather than a part of the receiving corps.

Green was never going to be that type of tight end. Not that he is inept as a blocker, but he was not built to be an in-line blocker on a regular basis, nor would such a style mesh with his skill set. He was the sort of player who was going to present mismatch opportunities for the offense over the middle not only due to his size, but also due to his rare speed at the position allowing him to stretch the seam and push the play vertically.

We even got an opportunity to see what sort of impact he could have in that regard last season in the six games that he did manage to play in between his recovery from an ankle injury from the year before and a concussion that ended his career with the Steelers—and perhaps with the NFL as a whole.

In limited snaps in those six games, Green caught a total of 18 passes, and nearly a third of them—five—came in an explosive fashion, falling between 30 and 40 yards. He made important plays at important times in that limited timeframe, not even fully healthy, and I think it gave the Steelers a taste of what the offense could look like with that type of player in the fold.

That is why I believe that the experience with Green will not have soured the team on adding another player of a similar skill set in the future. They very nearly had a prime opportunity to do so in the first round of the 2017 NFL Draft before the Browns traded up to one pick ahead of them to draft David Njoku, but we may never know if they would have actually taken him if he were there.

To be clear, it is not by any means an essential ingredient in today’s offense to employ a move tight end in the vein of Green and Njoku. It is not a necessity for the Steelers to add such a piece this year, next year, or 10 years from now. But after getting a taste for it, even with the bitter aftertaste, I’m inclined to think that they will want more.

Remember, the higher-ups spoke on more than one occasion about how pleased they were with what the former fourth-round pick was able to deliver on the field when he was healthy. He averaged more than three yards per route run, which is exceptional, albeit in a limited sample size.

And they also saw how Ben Roethlisberger liked to use him. He was very frequently targeted based on the number of snaps, which shows that their quarterback likes that role in the offense. I don’t think there is any greater incentive to seek a replacement at some point in the future.