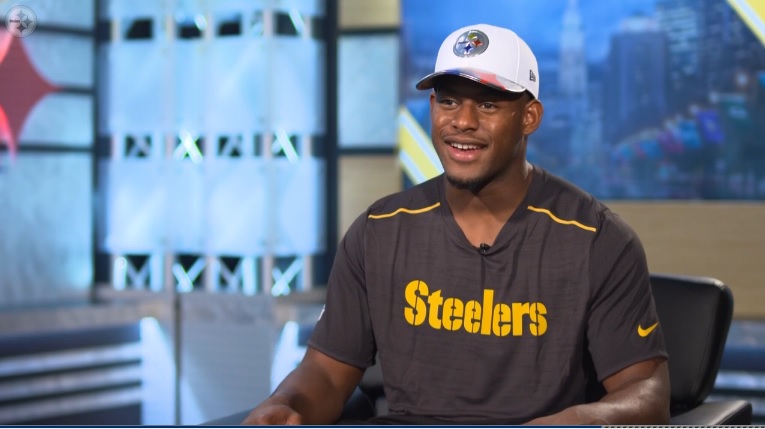 They don’t make them like they used to. Except sometimes they do. And JuJu Smith-Schuster is an example of that type of guy.

Sitting down with Missi Matthews over on Steelers.com, Smith-Schuster was asked to describe his game, and he wound up giving an answer you’d hear from a player living in a different era.

“I describe myself as being very physical. Tough. Willing to go across the middle, make some catches in the middle of the field. Willing to dig out players to block. Downfield threat and also an overall player who can bring everything to this team.”

He’s been compared to Anquan Boldin and Hines Ward, a pair of appropriate comparisons given Smith-Schuster’s words and game tape. That’s a rare type of player to find in today’s game, especially at receiver, a position normally stocked with divas who wouldn’t talk about blocking if they named 50 things they do well.

It’s another reason that Smith-Schuster could play in the slot for the Steelers, even if he doesn’t fit the mold of a short, shifty receiver like Eli Rogers. He has the football IQ, toughness, and hands to be an asset inside. If Martavis Bryant stays on the straight and narrow, it’ll be the only spot up for grabs. And second rounders don’t often sit anymore.

The only time he spoke with the Steelers was the 15 minute interview at the Combine, a conversation he says centered around life more than football. Clearly, the team immediately became comfortable with him off the field as well as on it, and drafted him 62nd overall.

“When I finally got that call, I was like wow, anything really can happen. It’s a surprise they picked me up. But I’m glad to be here.”

One thing I didn’t know what that he played rugby growing up, dropping the sport when he decided to play at USC. It’s a sport not a lot of wide receivers would embrace but one Smith-Schuster readily did.

“Rugby, you don’t have any blockers. There’s no pads. You’re just basically out there running with no pads or helmet. You have to be physical and strong mentally.”

If he can get on the field almost immediately, he’ll have the chance to set some rookie records. The franchise leader in receptions by a rookie is Troy Edwards’ 61 in 1999, the only one to crack the 50 catch barrier in Steelers’ history.