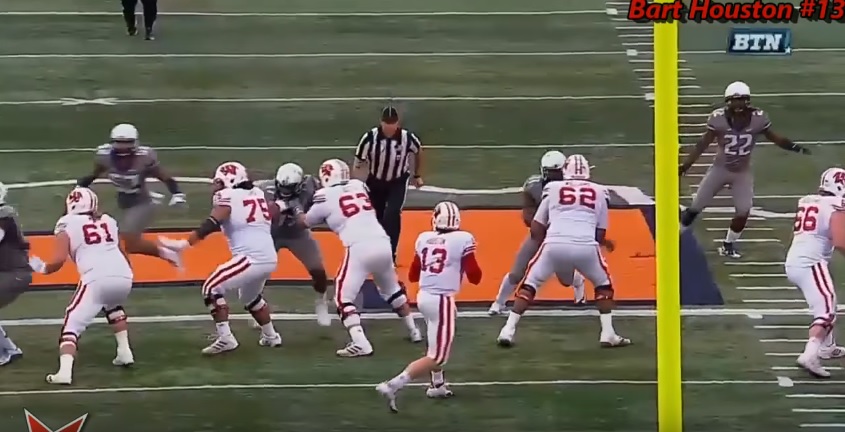 Unless any other names are brought in, the last new face we’ll be breaking down this offseason. Wisconsin QB Bart Houston.

– NFL frame
– Experience under center and played in a pro style offense, asked to huddle up, shift/motion at the line, and 3/5/7 drops with and without a hitch
– Progression reader who sees the entire field
– Rhythm thrower who gets the ball out on time
– Tough player, sacrifices his body and willing to take a shot as a passer and runner
– Carries the football high when moving outside the pocket
– Shows touch on throws downfield, not everything is a fastball
– Experience preparing and coming off the bench
– Football family

– Rocky senior season, got benched for long stretches of the year
– Below average arm who “pushes” the ball, front foot isn’t flat and struggles to drive the football
– Needs to get away from center quicker, doesn’t take big enough steps initially and tries to compensate towards the end of his drop, making it tougher for him to gather
– Elongated release and ball drops down and away near his hip, windup
– Makes bad decisions in crucial situations, third down/red zone, and will force throws, physical tools aren’t good enough to compensate
– Limited athlete

Houston is the last man on the lifeboats, signed to the roster in lieu of UDFA Nick Schuessler out of rookie minicamp. Houston wasn’t part of the tryout group, at least, I’m not aware he was, but the team clearly had him on their shortlist.

Sort of like Schuessler, Houston spent most of his career as a backup. He began his senior season as the starter, even leading the way in a big win over LSU, but he started only two more games, struggling against Georgia State, and was benched for freshmen Alex Hornibrook. That remained the case until the Big Ten Championship game where he started but Penn State came back to beat the Badgers. So that’s the skinny on him.

He’s a smart QB capable of going through his reads. Sees the whole field. Watch this throw. 3×1 formation. Looks to backside slant first with the CB playing off but the linebacker drops as the overhang defenders. Houston smartly comes across the field and hits the RB in the flat as part of this flood pattern.

It’s not a flashy play, not a Patrick Mahomes 70 yard bomb, but it’s a progression any decent QB must make.

But Houston didn’t always show good decision-making. Too many interceptions on third down and in the red zone. Crucial areas. Forced throw on the sideline here, his arm isn’t good enough to squeeze it in there, and the placement isn’t to the outside enough where only the receiver has a chance to make the play. Tre White picks it off and races into the end zone.

And he has a windup on his release. Ball drops down, posing a risk of the ball getting knocked out. And it takes more time for the ball to get to its spot. 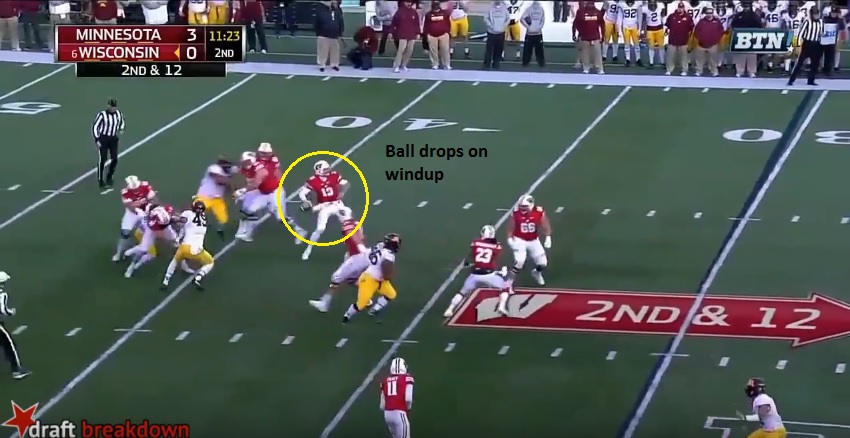 Some footwork issues too. “Pushes” the ball, which is a vague term, but look at this screenshot. Front foot is on his toe, unable to drive the football. Compare him with this clip of Ben Roethlisberger. 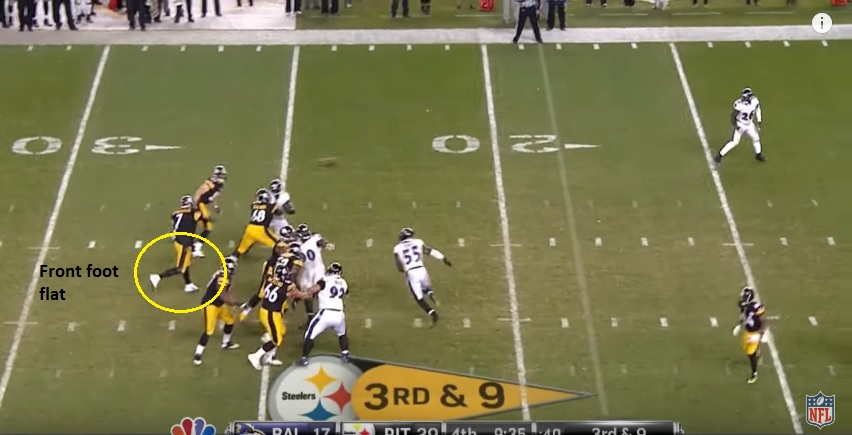 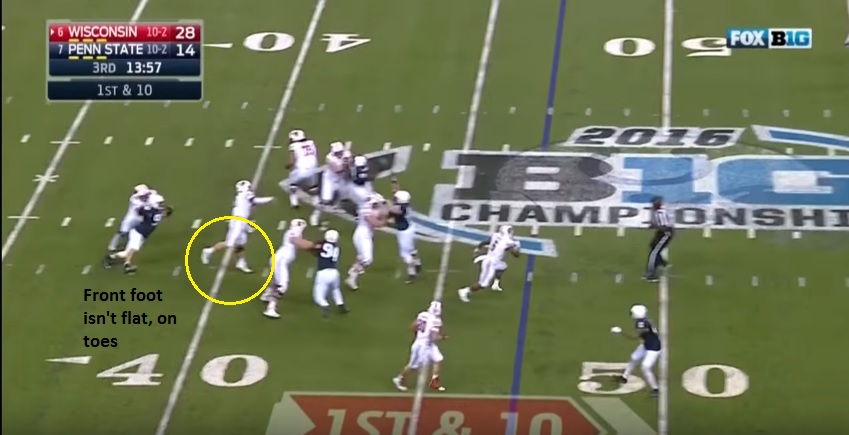 Houston has the toughness and the smarts to look decent in camp. He’ll get the ball out quick and be able/willing to take some shots in the pocket. But I think he’s going to wind up checking it down a ton and when he tries to fire it downfield, he’s going to find out how tight NFL windows are. Very much a longshot.