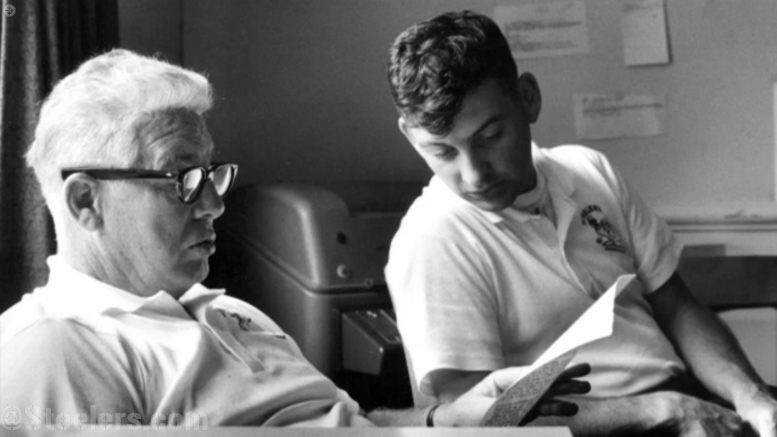 Over the course of the past week or so, there have been so many people relaying so many stories about the life of Pittsburgh Steelers owner Dan Rooney since his passing on April 13 that it was quite difficult to read all of them, and even more difficult to try to cycle through them and relay the most interesting bits.

In that spirit, I would like to circle back to one that came out the day after his death. Tony Dungy appeared on Pro Football Talk with Mike Florio that day in order to discuss Rooney’s life and legacy, and he had some interesting stories to convey about his friend that illuminates his character and the way that he chose to live his life.

The first story that he relayed was one that pertained to himself personally. You may recall that actually played for the Steelers. He was signed by the club as an undrafted free agent following the 1976 NFL Draft and yet played there for two seasons, in 1977 and 1978.

Considering how deep that defense was, that he got any playing time was significant, and he still contributed. He recorded three interceptions in his first season, and in 1978, he led the defense with six interceptions, even though he didn’t even see the field more than half the time.

That last bit is key, because, as Dungy relays, he has a bonus in his contract—he recalls $2500—for a playing time escalator. He would get that bonus money if he played 50 percent of the snaps. “I played about 38 or 39 percent but had an impact”, he told Florio.

“Dan came to me and said, ‘hey, I know you didn’t make it by the numbers but you made it by your impact and we want to give you that bonus’”, Dungy said. “It was $2500 but it was huge to me”. He paraphrased the gist of what Rooney told him: “’we want to do what’s right and fair and you contributed more than we expected and we want to reward you’”.

It’s probably not too often that an owner voluntarily parts with money that he doesn’t have to like that.

Even more notable, however, is the story of how Bill Nunn came to be a member of the Steelers organization. At the time, he “wrote for the African-American newspaper, The Courier”, Dungy relates, in Pittsburgh and for years the Steelers were losing and Bill wrote some scathing articles about their scouting department, about the fact that they didn’t have a lot of black players on the team, and really very critical”.

Rooney called him up and took him out to lunch. Instead of wanting to know why he was so critical, he instead asked Nunn what he would suggest that they do. By the end of the meal, he concluded that he should hire Nunn to join their scouting department.

“Bill got the jump on a lot of other teams in the NFL at that time in scouting the predominantly black colleges”, Dungy said. “You look at that roster, Mel Blount, Glen Edwards, Sam Davis our offensive captain, Frank Lewis, John Stallworth, Ernie Holmes”—the list goes on but there are a couple of Hall of Famers in there. That happened because Rooney listened to his critic with open ears.