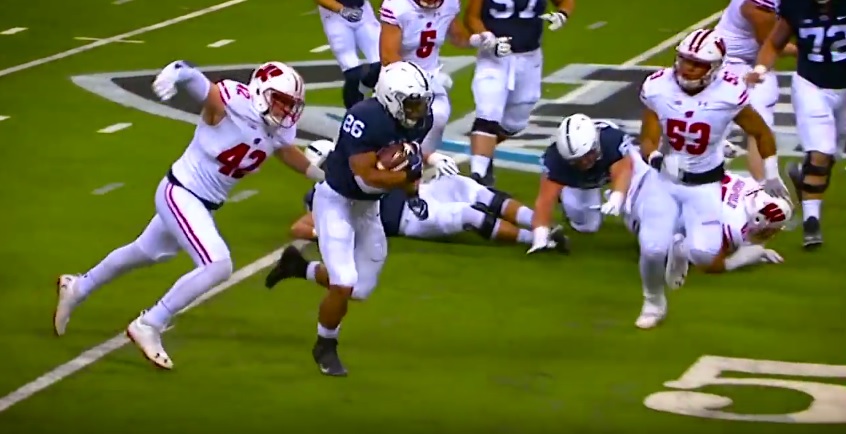 TJ Watt was the right pick.

It also was, if you’ve been following us, the one you should’ve expected all along. It’s not often those two things align in a draft class but in an offensive heavy draft at the top, eight of the top 12 picks going on that side of the ball, things fell perfectly.

That’s what I said in my pre-draft video shortly before Round One kicked off.

“If Watt is on the board, similar to Dupree, he’s going to be the guy.”

Maybe you can thank, of all people, the Cleveland Browns, for the Steelers getting Watt. They swooped in to trade up with the Green Bay Packers at 29, a popular place where Watt was mocked. There was no repeat of last year when the Cincinnati Bengals stole William Jackson one pick ahead.

Back to Watt. Everything pointed to this guy being the pick. Let’s rehash all the reasons why.

Underclassmen with a ton of upside? Yup. Watt has just one year playing on defense.

Power 5 “name” college with a heavy Steelers’ attendance at his Pro Day plus the all-important Pro Day dinner? Kevin Colbert, Mike Tomlin, and Joey Porter were there, their version of the Holy Trinity. And they dined with Watt, making a pre-draft visit useless.

Top athlete who fits what the Steelers look for? Watt was one of two Combine outside linebackers who checked every box. The top line is the threshold for each category and the next row, how Watt tested.

So it’s zero surprise the Steelers had a high level of interest in him. But what about Watt on the field? Their interest doesn’t mean he’s a good player or that you should blindly support the pick.

Most people will call Watt raw. But he isn’t. I’ve said it before and Tomlin was on the money when he rebuffed that notion at last night’s press conference. Don’t conflate raw for inexperienced. Where Watt’s game is at for how little he’s played the position is arguably the most exciting thing about him. His game is light years ahead of where you’d expect it to be, showing advanced hand use and nuance. He can win in a variety of ways, something Colbert pointed out too.

I posted some of these clips on Twitter so sorry if I’m repeating myself to you. But those were plays that had me, frankly, geeked. Like, got my driver’s license geeked.

Watch him rip under the LSU left tackle and use his 33 inch arms to keep space between him. Flexibility to flatten, turn upfield without getting run up the arc and able to meet the launch point – the junction point for the OT – of the quarterback. Doesn’t get the sack but earns the pressure and influences the incompletion.

He’s an effort, motor, and tenacious rusher too. Time standing up and used off ball and on stunts. He’s the looper on this stunt with Vince Biegel. But then works back inside when Biegel gets double-teamed and comes away with the sack.

Check the score. It’s 30-6 and 3rd and 27 with time running out. The game is OVER, Badgers win. And Watt is still going full tilt. I respect the heck out of it and it shouldn’t go unnoticed. Easy to loaf and quit. Watt doesn’t. That’s a moment where you can look at him being in a football family and see how it affects him.

Back to his hand use. He isn’t just a speed guy. He wins with power, he wins with his hands. Check out this push/pull technique. Gets into the left tackle’s chest, pulls him forward to get the tackle to double-over and then looks to shed. Sorta washed out at the end, though I think the tackle held and Watt is able to defeat the block, and nearly got the pressure.

That was a junior left tackle looking like a freshmen against a guy just beginning to learn the position.

You see it against the run too. Back to the LSU game. Maybe a little late in his recognition but picks up the puller, attacks the inside shoulder and fills his gap to make the tackle.

All this speaks to one thing: refinement. And you normally wouldn’t – shouldn’t – expect that from a guy who is so inexperienced (again, not raw).

When you combine that with his athleticism, which is remarkable, his bloodlines, and the cathedral-like ceiling, it makes it an easy, and ultimately logical, pick to embrace.

In the interest of transparency, because you know that’s huge for me to share with you guys, and because I didn’t write the scouting report on Watt, here are my scouting report notes on him.

The Good: Size/length/athleticism, everything checks out. Boundary OLB, experience on right and left side but didn’t’ play in the field, had more confined space and that helped him. For as little XP as he has, advanced hand use and pass rush IQ. Uses hands well, length to create space, has ability to rip and dip the edge, shows great hip/ankle flexibility to flatten and get upfield. Shows push/pull technique and will counter vs outside sets when he has two way go, though could happen earlier in rush.

Uses length well to hold POA, not a ton of innate strength but it’s functional. High effort, energy player who chases run to the backside. Good tackler and finishes plays. Doesn’t quit, even late in game vs MSU, up 30-6 on 3rd and 27. Motor stays hot the entire game. Some experience spot dropping and shows ability to reroute, play pocket on the back. High upside.

The Bad: Biggest knock is everything has to happen earlier, shed sooner, happens too late for NFL standards. Asked to do things like wrong arm concepts but didn’t seem to fully grasp them and didn’t do great job vs lead blockers, FB/pullers? Has to learn to play the field and in more space than he did at Wisconsin.