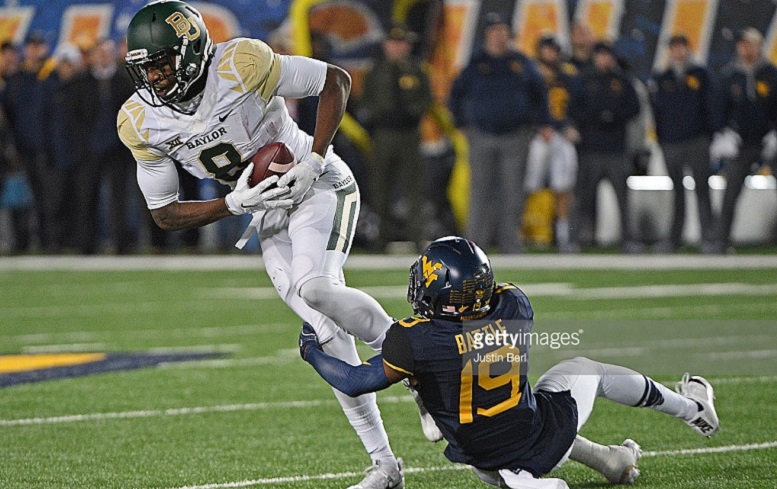 While Pittsburgh Steelers head coach Mike Tomlin and other members of the team’s staff were busy watching the LSU pro day on Wednesday, one of the organization’s scouts attended the Baylor pro day and it looks like it might be Mike Butler based on the picture below..

Fuller, Cannon and Zamora are likely the main attractions on Wednesday with the latter two expected to be picked late during day-three of the 2017 NFL Draft if selected at all.

Fuller, who measured in at this year’s scouting combine at 6046, 307-pounds ran the 40-yard-dash in Indianapolis in 5.24 seconds and did 23 reps on the bench. He’s currently expected to be selected during the second day of the draft or early on day-three.

Zamora, who wasn’t invited to this year’s combine after he was reportedly caught on tape beating a dog with a belt, reportedly registered a 11’1″ broad jump and a 40-inch vertical jump on Wednesday. He measured in at 6035, 224-pounds on Wednesday. Last season he caught 63 passes for 809 yards and 8 touchdowns in the 10 games that he played in.