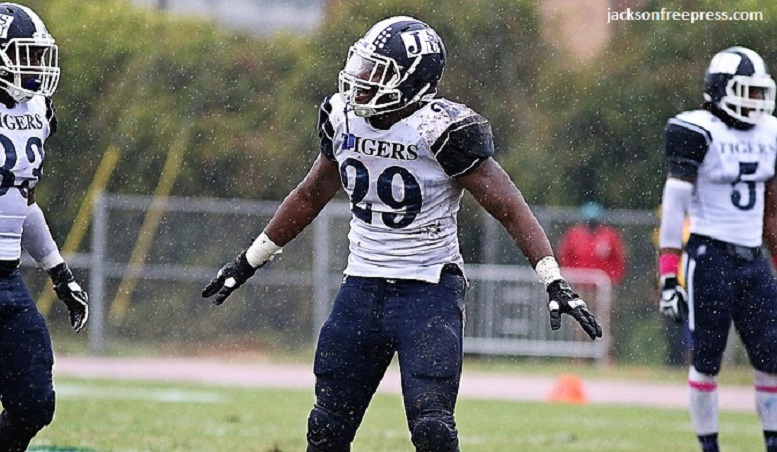 A few weeks ago it was reported that Jackson State linebacker Javancy Jones would be one of the Pittsburgh Steelers 30 pre-draft visitors and while he has yet to come to town, the team was present for his Friday pro-day.

Finishing my pro day today! Steelers and Jets in attendance!

Jones, who at last report measured in at 6-foot-2, 252-pounds, registered 82 tackles, including 19.5 stops and 4 sacks last season after taking a leave of absence early in the season to care for his sick mother. At this years East-West Shrine Game, Jones, who mostly played on the edge at Jackson State, played well as an off-the-ball linebacker.

With Jones’ pro-day now completed, it will be interesting to see if he indeed comes to Pittsburgh early next week for a pre-draft visit. Jones could wind up being a day-three selection during the 2017 NFL Draft which will get underway in Philadelphia two weeks from yesterday.

Below is the latest highlight video of Jones.