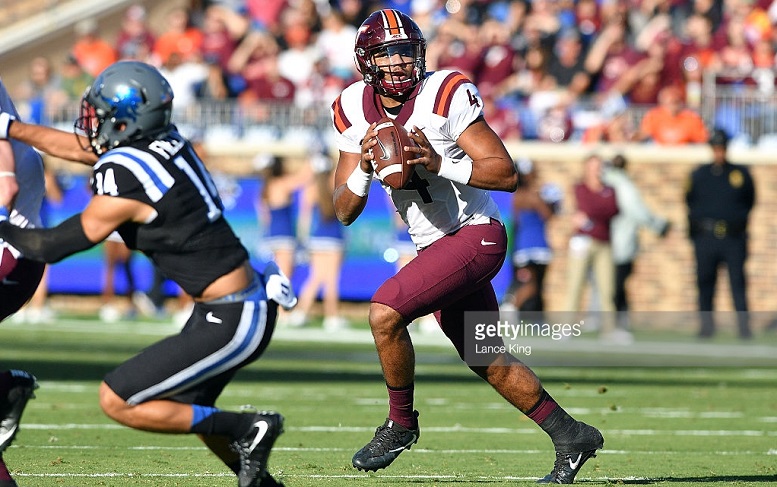 We’ll get our answer soon enough but the Pittsburgh Steelers continue to express interest in many of this crop of quarterbacks.

Early today, the Houston Chronicle’s  Aaron Wilson tweeted out the team has some level of interest in Virginia Tech QB Jerrod Evans.

Evans is raw, starting only one year at Virginia Tech after transferring in from a JUCO. But he had a strong season, completing over 63% of his throws for 29 touchdowns to just eight interceptions, choosing to leave school as a junior. That’s in part to his success and in part due to age having turned 23 in January.

Though the Davis Webb chatter has died down, ESPN’s Jeremy Fowler reminded us yesterday the Steelers are still high on him.

Mahomes-Dobbs-Peterman the QBs to visit Steelers thus far, but one guy with rising stock who's also on Steelers' radar — Davis Webb.

We passed along word last month that Webb was scheduled to come in for a pre-draft visit. But that still hasn’t happened yet and only a few open spots remain for the Steelers. It’s hard to imagine the team seriously considering him without that pre-draft visit, since it’s not believed they were at his Pro Day, making this week an important one to monitor.

Other QBs connected to the team include Patrick Mahomes, Brad Kaaya, and Josh Dobbs. Personally, Kaaya and Dobbs feel like the favorites to be drafted, probably with the team’s third round compensatory selection.