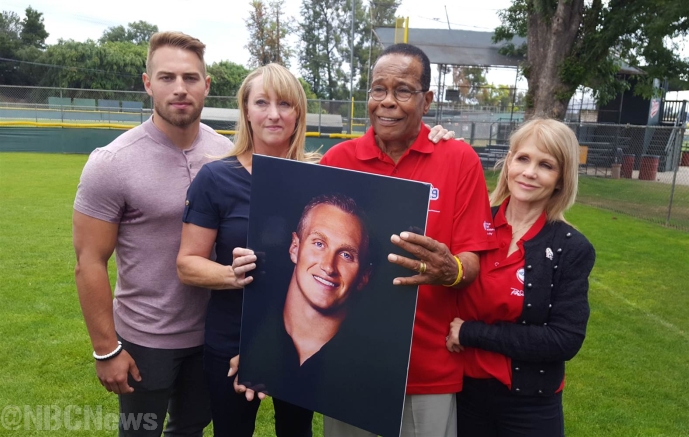 His name might not be on the tip of your tongue, but he gave far more in life than most football players manage to do over the course of their careers. Former 49ers, Jets, Colts, and Baltimore Ravens tight end Konrad Reuland was able to give the gift of life and health to others after he passed away on December 12 last year.

A former undrafted free agent, the product of Notre Dame and Stanford played 30 games in the NFL over the course of his career, most recently finishing the 2015 season on the Ravens’ 53-man roster, playing in four games and starting one, though none of his career 12 receptions came with them.

The Colts signed him the following year and he participated in the preseason for them, but he did not make the roster. Later that year, shortly after Thanksgiving, Reuland suffered an aneurysm that would ultimately take his life two weeks later.

According to his mother, it was only a year ago in April of 2016, when he went to renew his license, that he actually decided to become an organ donor. His heart and kidneys ultimately went to saving the life of baseball Hall of Famer Rod Carew, and through this connection the Reuland and Carew families have bonded and discovered a common goal.

“I think my friend upstairs gave me another opportunity to continue his work”, Carew said at a press conference recently. “So that’s why I was left behind. I’ve got a great partner in Konrad. You know, he’s given me a strong heart. Every day the doctors came in and they would say, ‘boy he’s roaring today’”.

It is the same heart that beat inside her son, for Mary Reuland, Konrad’s mother. “It was miraculous”, she said of being able to connect with Carew through her son and his heart. “It was just a wonderful thing to be able to hear a part of my son still here on earth”.

When news of Reuland’s death was learned, Ravens Head Coach John Harbaugh made sure to pay his due respects, opening his Monday press conference by saying, “we lost a Raven today”.

“I just want to offer condolences to his family. We love Konrad Reuland. Every single guy in the locker room loves him”, he said, before reading aloud a psalm. “That’s for Konrad”. Only then did he begin to address the team’s prior game.

He is not the only Raven to have been lost recently. Baltimore drafted cornerback Tray Walker in the fourth round of the 2015 NFL Draft, but he died in dirt bike accident in March of last year. Clarence Brooks, a veteran defensive line coach, died in September after battling cancer.

Sadly, there was none more tragic than the recent news afflicted upon the family of longtime Ravens tight end Todd Heap, who last week accidentally struck and killed his three-year-old daughter while moving his vehicle in their driveway. But this incident deserves more than a footnote at the end of an article, so I will reserve further comment for tomorrow.