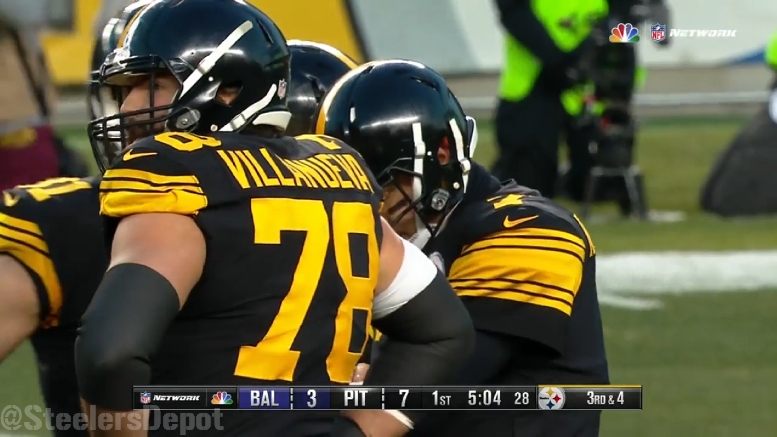 Are you looking for a reason to think even more highly of Pittsburgh Steelers left tackle Alejandro Villanueva, who is already among the most universally liked players on the team—if not the most? Well then buckle the seatbelt.

According to Rich Walsh of KDKA, Villanueva was supposed to be en route to Spain—where he has family and where he lived for a period of his life—only to learn that it was overbooked. Not that it affected his seat. But it did apparently impact a local high school trip on a connecting flight from Boston to Spain.

The third-year veteran elected to give up his seat and subsequently refused compensation for his selfless act. This became public knowledge because the father of one of the children attending the trip, Ronald Hudak, made it known, expressing his appreciation for the act of generosity.

Flights typically are not all that cheap when it comes to the common expenses for the average person, though Villanueva is making substantially more than the average person, in the ballpark of around $1 million last season when factoring in league-compensated performance-based bonus pay.

Still, it was a tremendous gesture of kindness and empathy that will certainly only further serve to endear himself to a public that has already been rooting for him since he first joined the team as a defensive end conversion project from the Eagles as he was about to turn 26.

A former undrafted free agent in 2010 out of Army, Villanueva twice failed to make the rosters of the Bengals and the Bears, in between which tryouts he served tours of duty overseas in combat zones, for which service he was decorated.

The former tight end and wide receiver, who spent a brief period of time playing along the offensive line, earned a contract with Philadelphia in 2014 after participating in a regional combine, being signed as a defensive end and asked to bulk up nearly 100 pounds.

He failed to make the 53-man roster, but one of the teams that he faced in the preseason took notice of him and signed him to their practice squad, moving him to tackle. That would be the Steelers. He made the roster the following season and was thrust into the starting lineup a few games into the year due to injury.

Over the course of last season, he struggled early but gradually improved, to the point where he was playing at a very high level by the end of the season, though it’s unclear whether or not that level of performance will be sustained.

In spite of the fact that he is an exclusive rights free agent and would only be a restricted free agent next year, the Steelers are reportedly interested in working out an extension with him later this offseason. Because he will already be turning 29 in September, this could be his sole opportunity for a serious payday in his career, which will influence the amount of compensation that he is willing to settle for in order to get paid a year or two earlier than he otherwise would be able to.