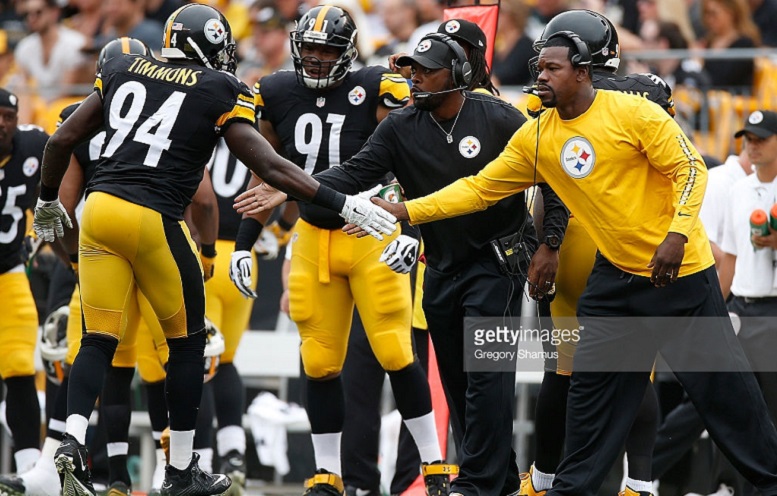 If you had to ask any member of the Pittsburgh Steelers’ organization for their insight on Lawrence Timmons decision to sign with the Miami Dolphins, you would not find any better insight than that of outside linebackers’ coach Joey Porter. Porter knows all too well of Timmons’ decision to head to south beach as it was almost exactly ten years ago that Porter chose Miami as his next career destination.

The circumstances surrounding each of the linebacker’s departures are eerily similar, not only on the field, but also in the locker room and financially. Leaders of their respective defense, both linebackers represented what their coaches sought, with Porter embodying the physicality that Bill Cowher craved and Timmons setting the standard that Mike Tomlin desired. But just as Porter and Timmons seemed virtual guarantees to play their entire careers in the location it started, an important reminder was given to us all.

That no matter what, change is the only true constant in football.

With Cowher now retired after the 2006 season, the Steelers decided to move on from Porter due to money, age concerns and hold out rumours and instead turn to special team’s star James Harrison. Now ten years later, Tomlin is not retiring but a schematic change seems to be making its works through the Steelers’ defense. Pursuing a more athletic defense to match the fast-paced nature of the league, the Steelers saw Timmons as expendable and instead turn to another home grown special teams star in Vince Williams.

Just like any personnel move, the departure of Porter and Timmons’ included its fair share of financial motivation and the number that resulted in the departure of both linebackers matched as well – 5 million dollars.

Entering the final year of his contract Porter was scheduled to earn $5 million total with $4 million in salary and $1 million from a roster bonus. Porter believed he was worth more than the $5 million he was set to earn but the Steelers thought otherwise and cut him.  As fate would have it, $5 million per year ($10 m /2 years total) was the offer made by the Steelers to Timmons according to the NFL Network’s Aditi Kinkhabwala, who goes on to say that the biggest difference maker in Timmon’s decision was the guaranteed money offered by the Dolphins.

While the Timmons’ Miami story has begun identically as Porter’s, the only item left to wonder is if his will end in identical fashion. Just as Pittsburgh witnessed the identity of their defense leave for south beach a decade ago, the city will watch it happen again but perhaps in the final chapter of our tale, Timmons will follow Porter’s footsteps once more and return to the city of Pittsburgh in the future, even if just for a day.