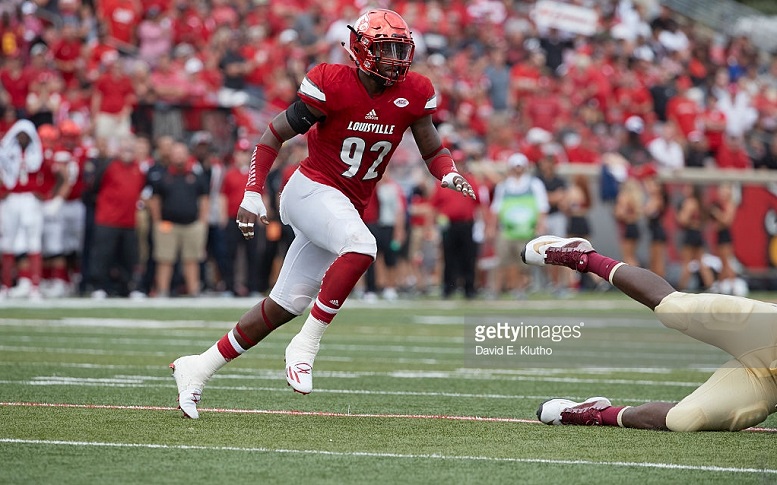 Louisville held their annual pro day on Thursday with the likely main attractions being linebacker Devonte’ Fields and safety Josh Harvey-Clemons. The Pittsburgh Steelers reportedly had at least one person there, according to Jody Demling of cardinalauthority.com.

Demling reports that Fields, who measured in at the scouting combine at 6024, 236-pounds, was clocked at 4.68 and 4.73 seconds during his two 40-yard-dash runs by two different scouts on Thursday. He ran the 40 in 4.72 seconds at the combine in addition to posting a vertical jump of 34-inches. After his Thursday pro day concluded, Demling reports that Fields talked with several teams, including the Steelers.

In the 25 games that Fields played in over the course of the last two seasons he registered 109 total tackles of which 17 were sacks. He started his college career at TCU but was ultimately dismissed after he was accused of punching his ex-girlfriend and threatening her with a gun during the summer of 2014. That misdemeanor assault charge was ultimately dismissed in 2015 pending Fields’ completion of a four anger management course. He transferred to Louisville in 2015 after spending a year at Trinity Valley Community College.

As for Harvey-Clemons, the other main attraction at Louisville’s pro day, he measured in at the scouting combine at 6040, 217-pounds. In the 23 games that he played at Louisville over the course of the last two seasons he registered 149 total tackles in addition to 7 interceptions.

Harvey-Clemons, like Fields, transferred to Louisville after being dismissed by his original school. In 2014, the defensive back was dismissed from Georgia in 2014 following multiple violations of team rules.