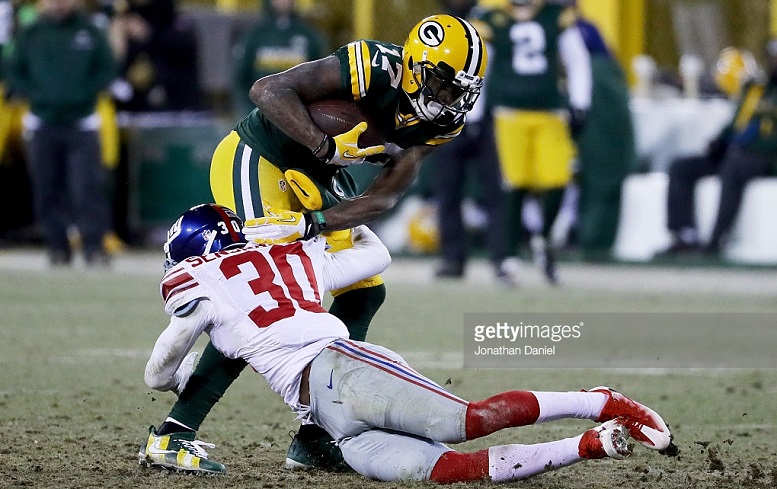 It only took a week and a half or so, but the Pittsburgh Steelers finally managed to bring in a new cornerback for everybody to hate, in this case five-year veteran Coty Sensabaugh, a former fourth-round draft pick who spent his first four seasons with the Titans before signing a three-year, $15 million deal with the Rams last year.

But the Rams released him just four games into the deal during a rather tumultuous season for the franchise and he ended up being picked up by the Giants, with whom he finished the season in a backup capacity, which would be understandable when considering the fact that he joined the team in the middle of the season.

The 5’11” cornerback was a full-time starter in his final season with the Titans, however, which came in Dick LeBeau’s first season there, and Sensabaugh talked about how they reviewed some of his film from his final year there during his visit with the Steelers, noting the similarities.

That is one obvious positive of the signing, being able to bring in a player who already has experience playing in a compatible scheme as the one that you are running, even if the nomenclature changes depending on who is calling the plays.

Another attractive quality that Sensabaugh brings is his experience and ability to play both in the slot and on the outside, which is something that he did most during his final season with the Titans, typically outside in the base and moving into the nickel role when a fifth defensive back came onto the field.

The Steelers have in recent years lacked versatile depth, actually, which is kind of odd. Lately, their reserve cornerbacks have tended to be limited to playing either on the outside or in the slot, but Sensabaugh at least brings with him greater versatility.

It’s unclear really why the Rams ever even bothered to sign him to the contract that they gave him, given that they already had in place the three cornerbacks that they wanted on the field, at least when they were all healthy. He was going to be destined for a reserve role anyway, so his release was prompted by an impulsive contract more than anything, in my opinion. The Rams have a history of giving out bad contracts as far as I’m concerned.

While there is nothing set in stone regarding Sensabaugh and the Steelers just now, I’m sure one thing we can deduce is that he is not going to be asked to be a starting outside cornerback. It is possible that he enters training camp with the opportunity to compete for the nickel role, but that will be the extent of any unearned commitment he will be given.

The Steelers have in the past two years made trades in order to acquire cornerback depth, and have done so late in the process. This time they were able to do so in free agency without giving up a pick. And might I point out that Justin Gilbert is a far worse cornerback and would have been earning more than whatever Sensabaugh will be getting? Or that just because you read somebody in a comments section say he can’t tackle doesn’t mean it’s actually true?