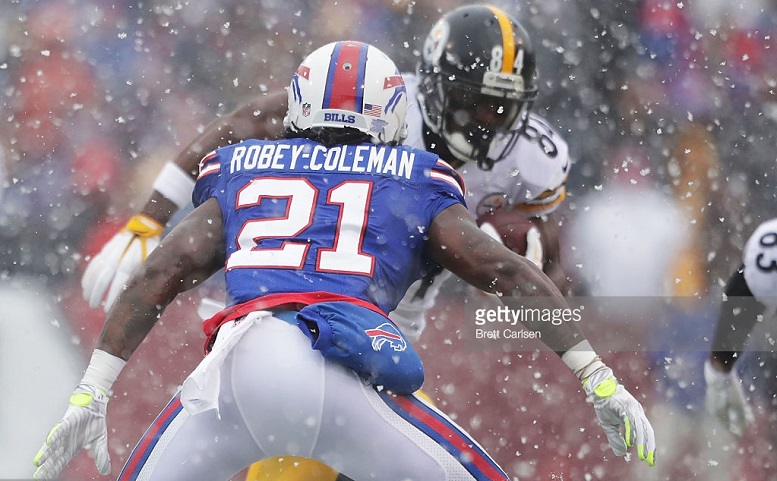 The Pittsburgh Steelers failed to sign free agent cornerback Davon House during his Tuesday visit but it appears as though they might have interest in another recently released cornerback as well.

According to Chris Tomasson, who covers the Minnesota Vikings and NFL for the St. Paul Pioneer Press, the Steelers are one of several teams who recently showed interest in street free agent cornerback Nickell Robey-Coleman, who was released recently by the Buffalo Bills.

The Bills released Robey-Coleman after they reportedly tried to trade him. The 5’8″ cornerback was originally signed by Buffalo as an undrafted free agent in 2013 after playing his college football at USC. Roby played in 64 consecutive games for the Bills over the course of the last four seasons that included him registering 3 interceptions, 28 defensed passes and 138 total tackles.

As I mentioned in previous post, Pro Football Focus reported that Robey-Coleman allowed a passer rating of 74.86 in the slot last season and that was second-best for slot cornerbacks just behind Chris Harris Jr. of the Denver Broncos.

The Steelers could use some experienced depth at the slot cornerback position with veteran William Gay getting older and Senquez Golson yet to play a down since being drafted because of injuries.