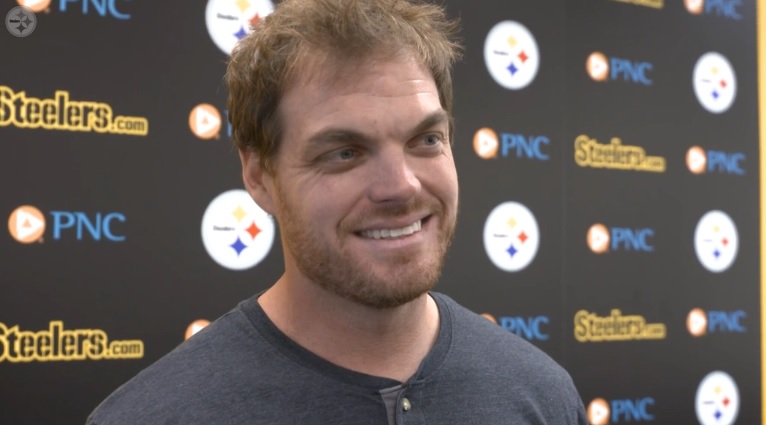 As seasons go, the 2016 one was pretty typical for Greg Warren, who has been the Steelers’ primary long snapper since 2005. He has not missed a game in the past seven years, and the only time he has missed has been as a result of some significant knee injuries.

It’s been a couple of years since the veteran long snapper has actually recorded a tackle during the season—he had three in 2014, but it’s not exactly uncommon for him to fail to register a tackle during a season—though that doesn’t seem to be of great concern for the coaching staff.

One first that he experienced in his career this year came against the Patriots during the regular season. after the Steelers’ punt coverage unit was able to force a fumble, Warren was the one who fell on it for the recovery, the first of his career.

Warren’s value isn’t in tackles, of course, it’s in consistently delivering the ball on time in the spot where it needs to be on punts and kicks, and he pretty much does that as well as anybody in the league, which is why he has been with the Steelers for so long.

The free agency outlook for Warren is one of yearly stability. Unless there is a sudden and unpredictable drop in his performance, then the likely scenario is that he will be re-signed to one-year contracts for the veteran-minimum qualifying salary on an annual basis until he chooses to retire.

And that is an arrangement that the Steelers can certainly live with, even if it means working from year to year not really sure if they will have Warren for the year after. After all, it is not really uncommon to see quality long snappers signed to moderately long-term deals.

That’s generally not in the cards for a 35-year-old long snapper, and, well, the reality is that it’s unclear how many more years he might have. I suppose it’s conceivable that a player at his position can play into his 40s, though that doesn’t mean that he will want to.

After all, it’s not like he is making chump change. While his salary cap hit may be under $700,000, his salary with his signing bonus exceeds $1 million annually for the past few years. Making $1 million a year is not a bad way to make a living by any means.

And, of course, he has already been re-signed for the 2017 season. It is not a surprise, of course, given that the team merely has to work out a routine one-year contract with a maximum salary that qualifies for the salary cap discount.