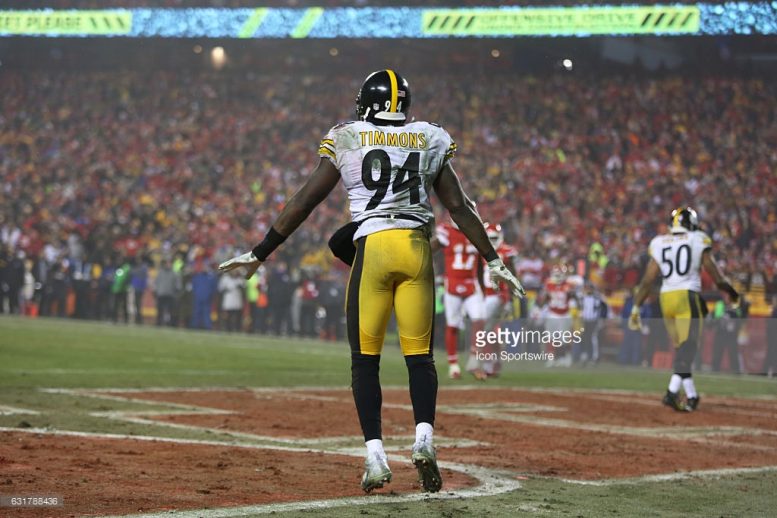 Question: Will Lawrence Timmons be back in Pittsburgh for an 11th season?

I have my opinion on this one, which I will get to later, but this is one of the big questions being posed for the Steelers in the buildup toward the offseason, and really the only question mark about a starting position: will Lawrence Timmons be retained and return for the 2017 season after serving as a starting inside linebacker for the past eight years?

Timmons was the first draft pick ever made by head coach Mike Tomlin during his ‘rookie’ season in that role in 2007. While he wasn’t plugged into the starting lineup right away, he showed during his first two seasons too many ways in which he proved to be an impactful player to hold him out much longer.

Larry Foote saw the writing on the wall and asked to be released to find a starting opportunity elsewhere in 2009, and Timmons began his Pro-Bowl form then, which lasted pretty much until he actually made the Pro Bowl, finally, in 2014.

There have been some down moments for the veteran in recent years, but actually I thought that he played very well at times down the stretch, and came up with some big plays for the defense, including a pair of interceptions during their regular-season winning streak, and a couple of close-out sacks in the postseason.

But he was paid very well for his services over the course of the past several years, and that resulted in a bloated salary cap hit after a number of restructures pushed cap accountability into the future. And it would be unrealistic to deny some on-field issues he has had with missed tackles and struggles in coverage.

But I personally do expect him to be back starting in 2017, though I’m not sure how much further it will go beyond that. Vince Williams is signed for two more years and has done reasonably well in his starting opportunities, but it’s not his time yet, and, if it ever does come, it will be as a bridge to the next long-term starter, I think.