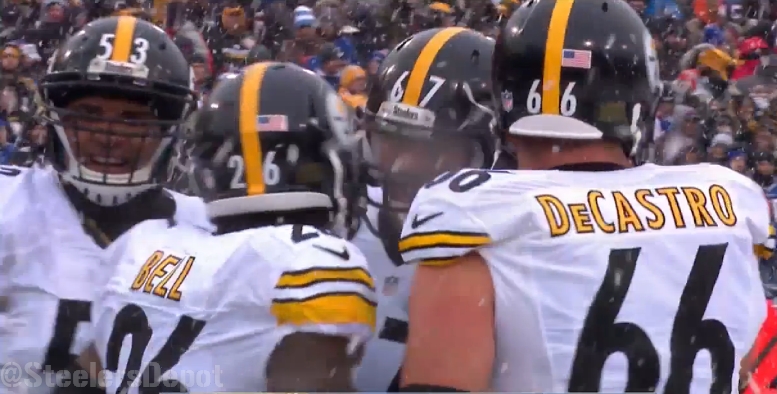 Ramon Foster: Perpetually underappreciated is Ramon Foster, who is the Steelers’ most consistent offensive lineman. I put up his exit meeting article yesterday but I never mind singing his praises. There is nothing that he doesn’t do well, and he is a great teammate.

Maurkice Pouncey: Having a couple of Pro Bowl players on the offensive line doesn’t hurt. Maurkice Pouncey was one of the two. The Steelers rightfully consider themselves fortunate to have him and his versatility from the center position. He’s still under contract for a few more years.

David DeCastro: So too is David DeCastro, who has been All-Pro for the past two years. The number of penalties that he had in 2016 was startling, but I have to think it was an aberration. I know many have soured on him a bit since he signed a big contract, but the Steelers are fortunate to have him.

B.J. Finney: Many people had a good feeling about B.J. Finney after he was signed as an undrafted free agent in 2015. He made the roster this past season and got to start a couple of games at left guard, where he looked like a potential future starter. His one start at center at the end of the regular season was less memorable, but he is a great depth piece for now, and perhaps more down the line.

Chris Hubbard: Chris Hubbard has to be included here because he has the capability of playing all five offensive line positions. He even got some snaps in-game at center last year—and snapped one off his butt. Not what you want to see. But his versatility alone is a tremendous asset.

Cody Wallace: You have to think this is the end of the line for Cody Wallace, who is slated to be a free agent at the age of 32. He spent all on injured reserve—or should have, actually—and they found a better, younger option in Finney.

Matt Feiler: You may have noticed that a couple of names from the tackle review are shared here as well. Hubbard was one, and Feiler is another. They originally had him at tackle, but he played mostly guard with them last year. They’ll likely need him more at guard in camp this year as well.

Offseason Strategy: I think they already have their two interior reserves in Finney and Hubbard. But if the Steelers choose to release Ryan Harris and instead have Hubbard focus on tackle, there could be room for another lineman spot here. This is also assuming that Hubbard is retained of course, but I believe that will be easily accomplished.