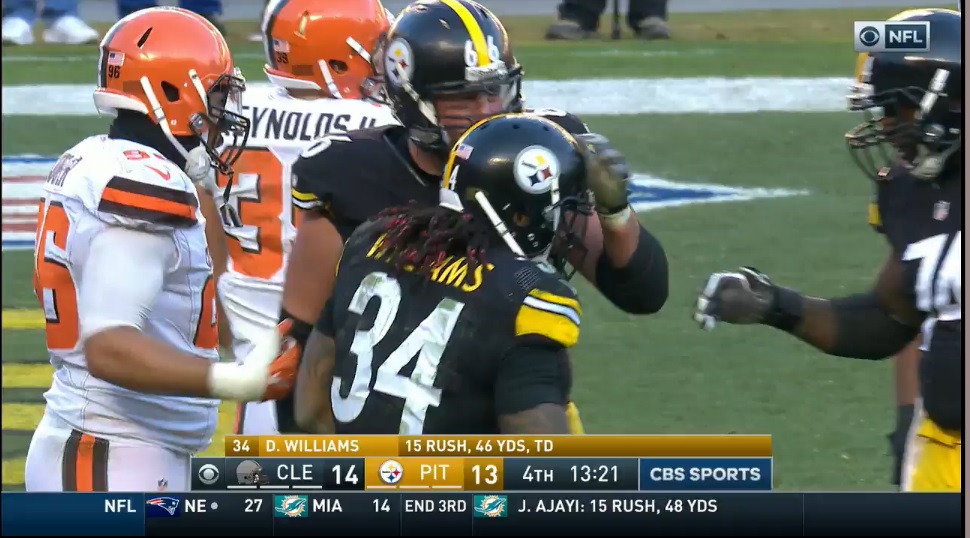 – Despite the win, the Pittsburgh Steelers gave up 231 yards rushing to the Cleveland Browns today. Only once have they ever allowed that many yards on the ground and still found a way to get a W.

In franchise history, they’re now 7-61-1 when a team rushes for 200+ against them. Their last such win came on November 26th, 2000 against the Cincinnati Bengals.

– Last time the Steelers were sacked four times and won? September of last year in a dreary win over the St. Louis Rams, the game where Ben Roethlisberger first got injured.

– Quarterbacks to throw 3+ touchdowns in the Roethlisberger era? Just two.

Charlie Batch and Landry Jones. Batch did it twice, once in 2006, once in 2010, and Jones did it today. All three ended in Steelers’ victories.

– Last skill player to have as few rushing yards as Demarcus Ayers’ -12 today? WR Ernie Mills in 1995. Ayers was barely more than a year old that day.

– Daniel McCullers had a full sack for the second time of his career, college or NFL. The other came at Tennessee, November 24th, 2012.

– Ryan Shazier has three interceptions for the first time in his football career, NFL or college.

– Roosevelt Nix had two catches in the same game for the first time ever.

– Last time the Steelers had this many third down attempts (14), this poor of a conversion rate (under 22%), and still won? 2010 against the Tennessee Titans.

– Jarvis Jones had his first full sack since October 12th of last season.

– Ramon Foster committed his first penalty of 2016 with 56 seconds left in the final game. Not bad.