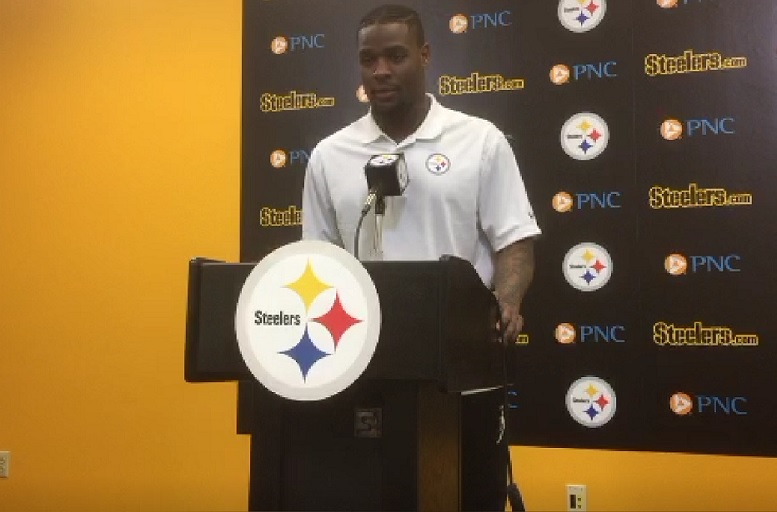 Pittsburgh Steelers team president Art Rooney II calmed a lot of fears related to the future of several key offensive players during his annual end-of-the-season talk with the media on Tuesday and that certainly was great to hear.

After first telling the media that he believes quarterback Ben Roethlisberger will ultimately decide to play in 2017, Rooney addressed the long-term futures of wide receiver Antonio Brown and running back Le’Veon Bell.

“We’ve got a lot of work to do in the offseason here on contracts and Le’Veon and Antonio are certainly two key pieces of that puzzle that we’ve got work to do,” said Rooney during Tuesday’s edition of Steelers Live. “So, it will be a busy offseason in regard to both those two players as well as some others.”

We’ve already written about Brown’s future a few posts ago so there’s no reason to continue to beat that dead horse right away. As for Bell, however, Rooney was asked if the franchise tag is a viable option when it comes to Bell, who unlike Brown is scheduled to be an unrestricted free agent come the start of the 2017 league year

“Its certainly something that’s available to us and we’re still in the early stages of kind of mapping out our offseason plans here and evaluating how to allocate resources, things like that,” Rooney said of the franchise tag. “But it’s certainly a tool that we have available to us and I think bottom line is, we feel Le’Veon’s future is bright and hopefully he’s going to be with us for several years to come.”

Assuming the Steelers do wind up placing the franchise tag on Bell in the coming months, that amount is expected to be around $12.4 million. When and if that process occurs, the Steelers will likely start working on signing Bell to a long-term contract extension.

Now that Rooney has spoken, it’s hard to imagine that Bell won’t be Steeler past the 2017 season. With that said, it will still be interesting to see if the Steelers ultimately address the running back position at some point during the 2017 NFL Draft in an attempt to provide the team with some much-needed depth.