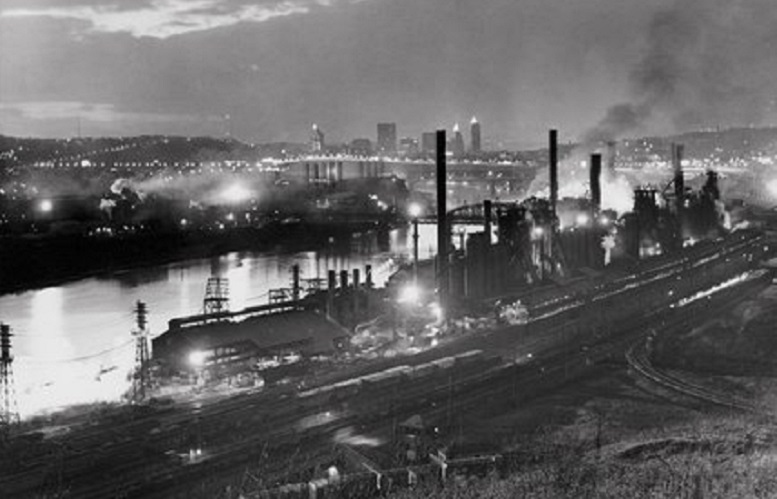 Disappointment is an understatement. The Steelers left a stinker reminiscent of my youth in Pittsburgh when the Jones & Laughlin (J&L) Steel Mill was still blasting way in Pittsburgh. Some of you that are old enough may recall that sulfuric atmosphere. For you youngsters who want to replicate living history; eat about a dozen deviled eggs; a pan full of fried pierogi smothered in onions washed down with a six-pack of some stale Iron City beer that’s been rusting away in some cellar. That’s the “pale, stale ale with the foam on the bottom” also known as Olde Frothingslosh. Now after a good night’s sleep; go into your car roll up the windows and let go. Hours later when your clothing still has that eggy J& L odor; it’s no olfactory hallucination – that aroma becomes a spectral being of demon’s past following you around.

On Sunday morning, I was very tired due to just a wink or two of sleep the night before; apparently neither did the Steelers since a storm trooper disrupted their rest by rousing our Black & Gold heroes awake by pulling a fire alarm at 3AM prior to tonight’s AFC championship match-up. We all know the history, but this was a new day; could the stalwart 53 from the little Burgh in Pennsylvania save the world from the forces of the evil empire? A daunting task; with the field further tilted by the striped flying monkeys that always seem to aid the minions of doom whenever a favorable call is beckoned. Charge forth; into the arena be brave; no quarter to be given either way. Could the indomitable death star be tamed?  Alas, not this day.

Prior to the game, I jotted down some scenarios that could be the most significant factor for the Steelers to win in Foxboro. Here they are with the results.

The wise Jedi Dave Bryan identified several areas in his article ‘Lessons Learned: 7 Things That Must Change in Steelers Rematch Against Patriots’. I have synopsized them along with how the Steelers measured up:

It is evident to me that Bill Belichick altered their strategy from the previous meeting. A deemphasis on Blount who had only 4 carries in the first half compared to 13 in week 7. Looked like he wanted to attack a young aggressive secondary and the flea flicker was perfect. On the Steelers side; execution by the players was poor. No number two receiver emerged for this game and it really showed. Jesse James showed some effectiveness but key drops by Sammie Coates & Cobi Hamilton hurt very bad. That along with going 0-2 with first and goal. Mike Tomlin and both coordinators Todd Haley & Keith Butler have some soul searching to do. Danny Smith gets a pass on this one. They will all will be back next year; but did we see the last of James Harrison?

A very disappointing game. Simply outplayed; loss of Le’Veon Bell so early in the game and then the fumble by Eli Rogers putting the game completely out of reach made it ridiculous. The defense never could really stop the Pats. An all-around substandard performance. Anything short of a Super Bowl berth would have left me disappointed but the putrid performance by the Steelers and the ease with which the Evil Empire swatted them away like so many flies made this very hard to take. There were no heroes for the Black & Gold in this game. The season is over; and while admirable that they made it to the conference championship; right now, can only look forward to the 2017 season.