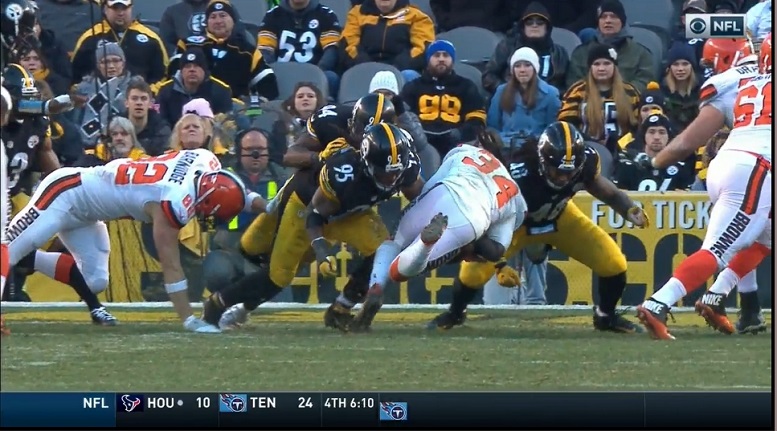 In the Pittsburgh Steelers Week 16 win over the Baltimore Ravens, linebacker Jarvis Jones was one of the team’s seven inactive players and it wasn’t due to an injury. Jones, however, was active for Sunday’s win over the Cleveland Browns to close out the 2016 regular season and very active at that.

Jones, who is currently in the final year of his rookie contract, recorded his first sack of the season against the Browns in addition to forcing a fumble deep in the Steelers own end of the field with 1:04 left in regulation time and the game tied at 21 that was eventually recovered by his teammate Mike Mitchell. The former first round draft pick out of Georgia finished the game with three total tackles and he also batted down a pass at the line of scrimmage.

After the game was over, Steelers head coach Mike Tomlin was asked if Jones’ performance Sunday perhaps helped his confidence as the team now prepares to play the Miami Dolphins in the first round of the playoffs.

The Steelers chose not to pick up Jones’ fifth-year option prior to the start of the regular season and that’s not overly surprising based on how he played during his first three years in the league. After missing an assignment on a long touchdown run in the Steelers Week 10 loss to the Dallas Cowboys, Jones has seen very little playing time since.

Jones, who undoubtedly will be allowed to test free agency during the offseason, likely just played his last regular season home game for the Steelers on Sunday. It will now be interesting to see if he did enough in the win over the Browns to warrant him avoiding the inactive list during the playoffs.